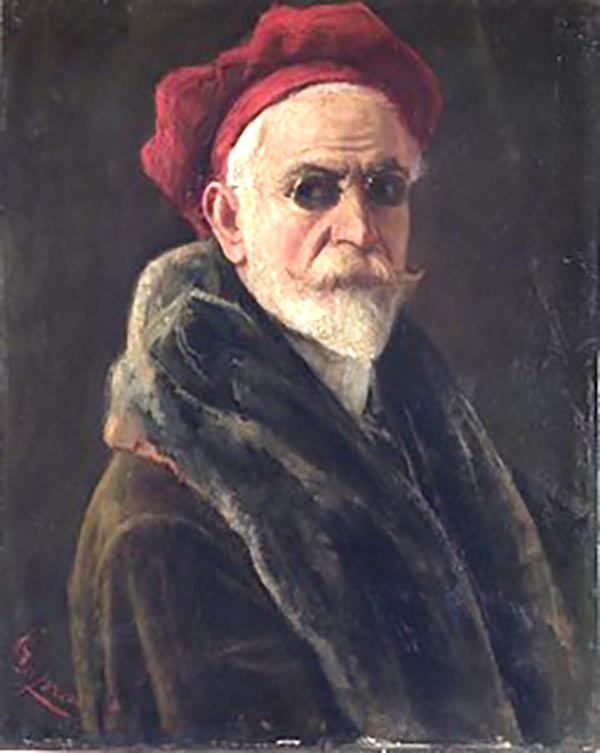 Giovanni Capranesi (1852 - September 17, 1921) was an Italian decorator, painter, and commercial artist active in Italy in late 19th and early 20th centuries. He was born in Rome and from 1879 - 1881 studied painting under Alessandro Mantovani. He assisted Mantovani in restoring the artwork in the Vatican Lodges He became the president of the Academy of S. Luca. Later he collaborated extensively with De Angelis, another painter. He work became well known and he acquired international fame, receiving commissions for new artworks throughout Europe and in the Americas. In 1910 he was contracted by the Bank of Italy to produce artwork for new Italian banknotes.