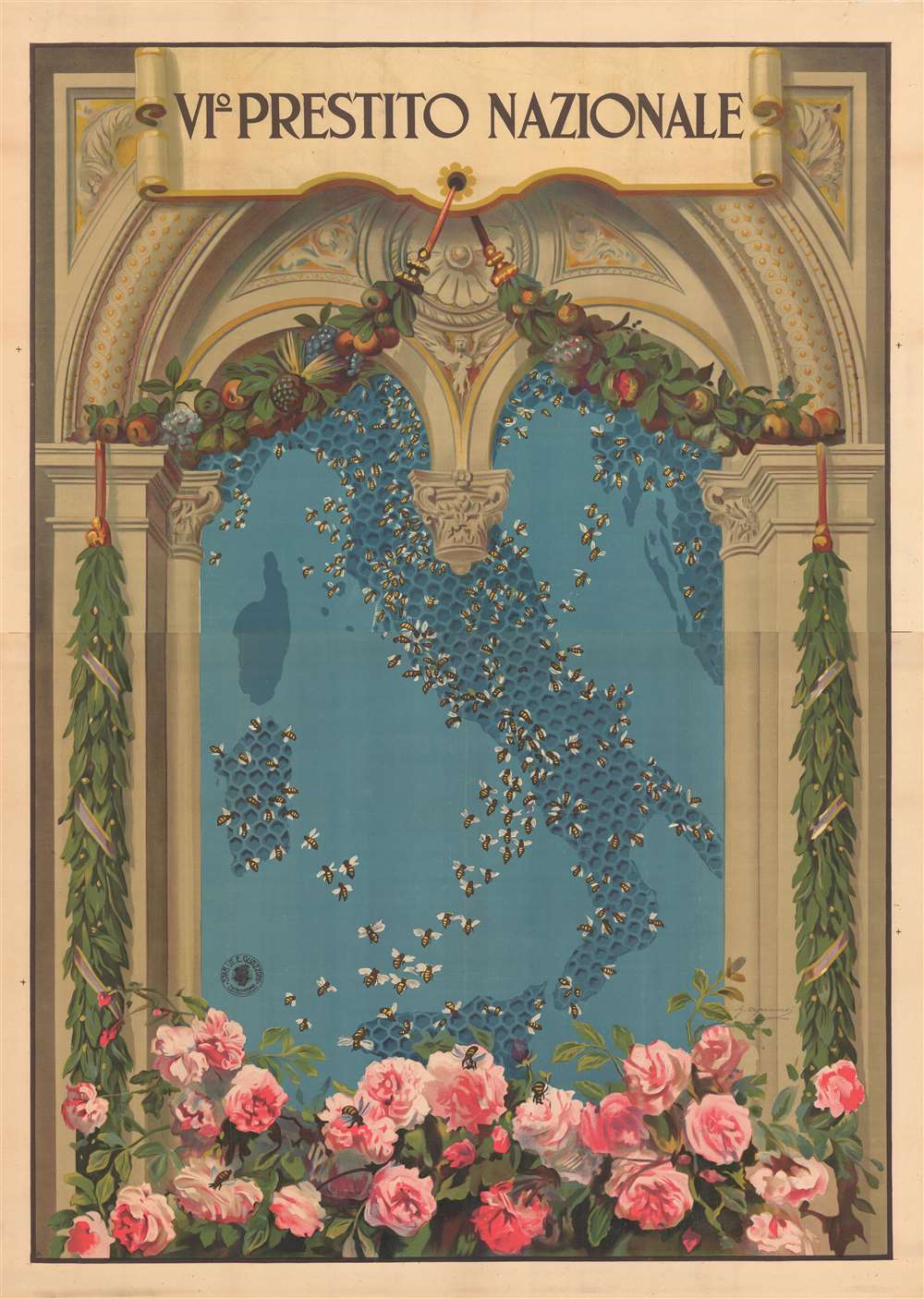 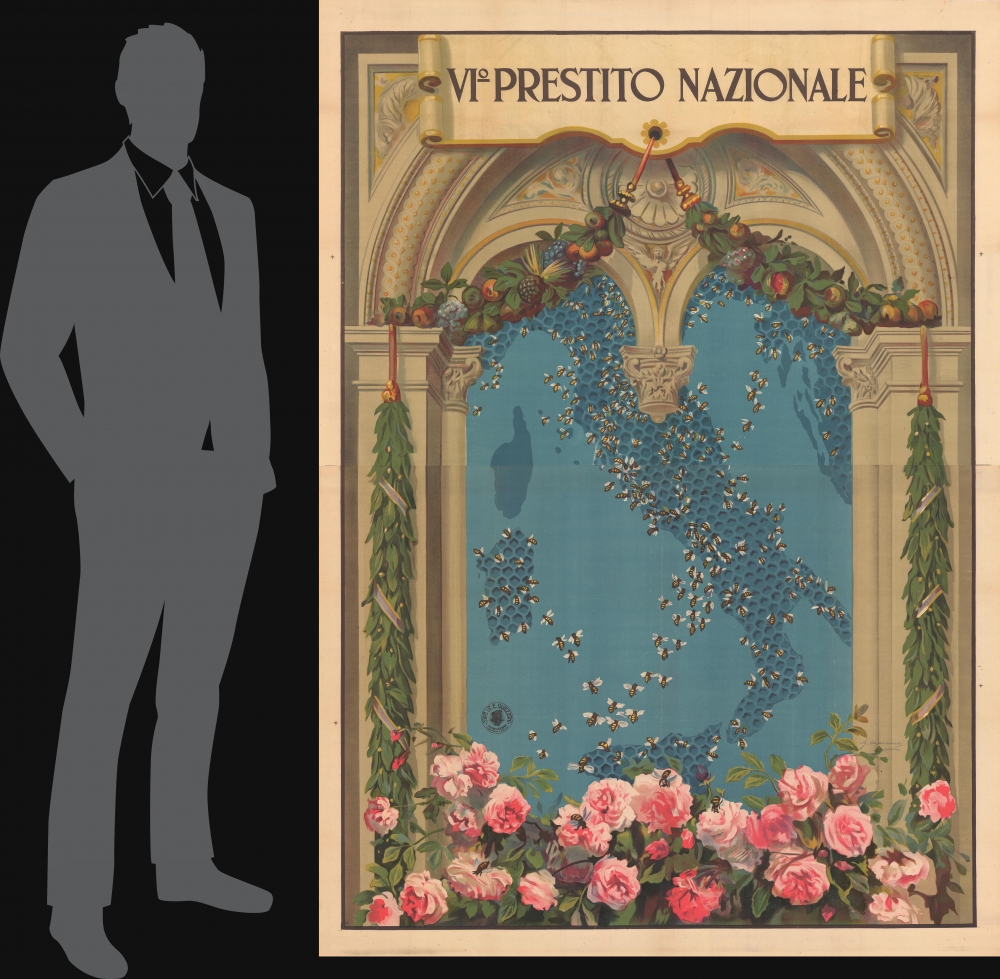 A spectacular large-format post-World War I (1914 - 1818) propaganda broadside and map of Italy promoting the Sixth National Loan (VIo Prestito Nazionale), by the famous Italian illustrator Giovanni Capranesi. In the frame of an Italian baroque window, the map illustrates Italy situated against a blue sky. Italy takes the form of a honeycomb, with hundreds of 'honeybees' diligently working to rebuild the war-ravaged nation.

This map is a propaganda piece issued to promote Italian Prime Minister Francesco Saverio Nitti's (1868 - 1953) 1920 plan to introduce a Sixth National Loan. Between 1915 and 1920 the Italian state, buckling under the expenses of World War I, resorted to 5 successive loan schemes intended to shore up the economy. Following the war, the Italian lira underwent rapid inflation and the peninsula suffered a severe economic downturn. Desperate, Nitti called for a Sixth National Loan, intended to finance reconstruction that would, in theory, stabilize the economy. The loan was essentially a bond-issuance scheme and was aggressively promoted both internally and internationally. We found 1920 advertisements for the Sixth National Loan in both British an American financial papers. Within Italy, the government contracted the nation's finest commercial artists, in this case Giovanni Capranesi, to produce compelling propaganda posters that called for national solidarity and hard work, like busy bees, to build a new Italy.

Some smaller-format examples of this map feature poetic text blocks in Italian reading, in rough translation,

And gladly the effort of all bends forces and unties bound wrists, for benign fortune converts bitterness towards Italy into sweet honey.

While this example does not have promotional text, some smaller variants do, and we felt it might offer insight here.

Although undated, there can be little doubt that this poster was issued early in 1920, when Nitti called for the Sixth National Loan. It was based upon a painting by Giovanni Capranesi and printed in vivid chromolithograph by the Roman firm Stab. Lit. E. Guazzoni. We have found variants of this promotional piece in various European library and museum collections, but most are much smaller, generally measuring less than half the overall size of this piece.

Giovanni Capranesi (1852 - September 17, 1921) was an Italian decorator, painter, and commercial artist active in Italy in late 19th and early 20th centuries. He was born in Rome and from 1879 - 1881 studied painting under Alessandro Mantovani. He assisted Mantovani in restoring the artwork in the Vatican Lodges He became the president of the Academy of S. Luca. Later he collaborated extensively with De Angelis, another painter. He work became well known and he acquired international fame, receiving commissions for new artworks throughout Europe and in the Americas. In 1910 he was contracted by the Bank of Italy to produce artwork for new Italian banknotes. Learn More...

Museo Nazionale, Collezione Salce, 05 00652863.
Looking for a high-resolution scan of this?