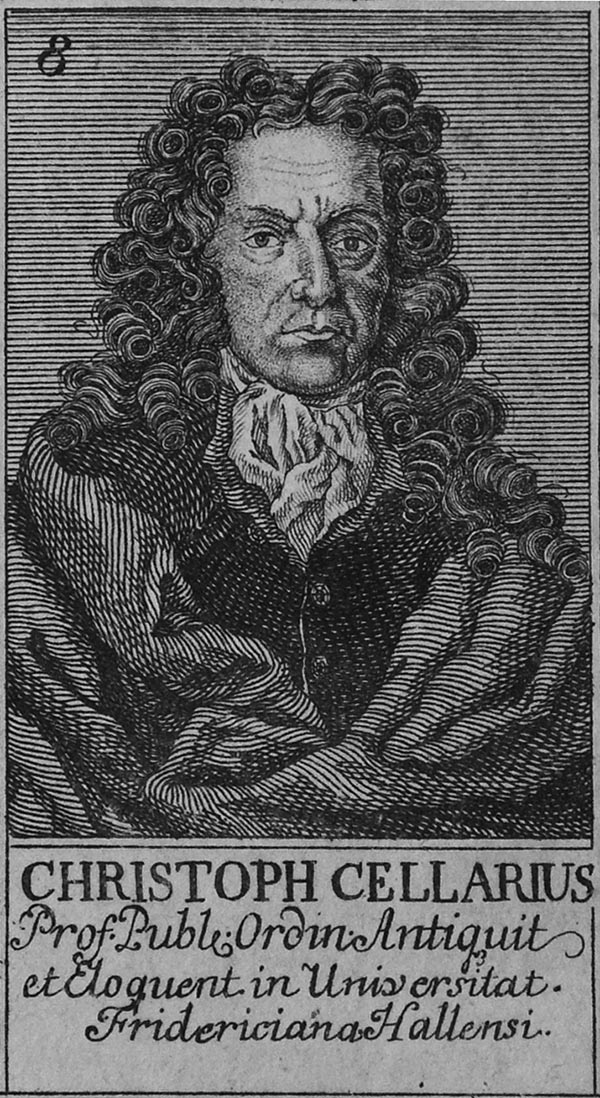 Christoph Cellarius (1638 - 1707) or, more commonly, Christopher Keller was a German scholar, historian and textbook publisher working in the later part of the 17th century. Cellarius is known to have been born in Schmalkalden and to have held academic positions in both Weimar and Halle. C. Cellarius's most important contribution was his 1683 publication of A Universal History Divided into an Ancient, Medieval, and New Period. It was in this work that the concept of history as divisible into three distinct periods (Ancient History, Mediaeval History, and Modern History) was introduced. Likely Cellarius never understood the impact that his structured system of historical nomenclature would have on the way future historians would interpret the past. Christopher Cellarius should not be confused with the more widely known cosmographer Andreas Cellarius