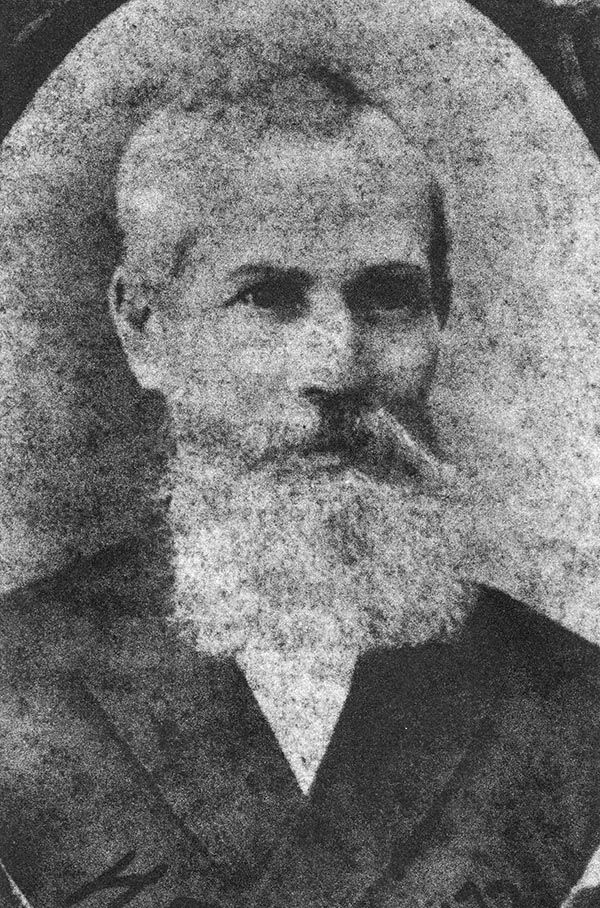 Ivan Yakovlevich Churin (Иван Яковлевич Чурин, 伊万·雅阔列维奇·秋林; October 4, 1833 - April 29, 1895) was a wealthy Russian merchant, businessman, and philanthropist based in Irkutsk. As a young man, he joined an expedition led by Nikolay Muravyov-Amursky (Никола́й Никола́евич Муравьёв-Аму́рский, 1809 - 1881), which led to a lifelong connection with Siberia and the Russian Far East. He began trading in the region, gaining knowledge of its geography and cultures, and then moved on to real estate, gold mines, and a number of other industries. Much of Churin's business was in China, where Churin and Co. (秋林公司 Qiulin gongsi) owned buildings, warehouses, wharves, and department stores in many different cities. They also had interests in tobacco, spirits, perfumes, paint, clothing, and many other products. Churin was also an investor and backer of the China Eastern Railway. Churin's food production branch is credited with inventing Hongchang (红肠) a smoked sausage similar to polish kielbasa and Lithuanian Skilandis (they are alternatively known as Lidaosi 里道斯, a transliteration of the Russian phrase for Lithuanian sausage). Their sausages became and remain very popular in Chinese northeastern cuisine and are especially associated with Harbin. After the Russian Revolution, the company relocated to Harbin and operate, coming under control of the Hong Kong and Shanghai Bank (HSBC) and then Japanese managers. When the Soviets occupied Manchuria in 1945, it became a state-owned company but was handed over to Chinese state ownership in 1953. It continues to operate to this day, with the department stores and food industry portion of the Churin Group (秋林集团 Qiulin jituan), the latter spun off and privatized (秋林里道斯 Qiulin Lidaosi) in 2007, being the company's most recognizable legacy in China.