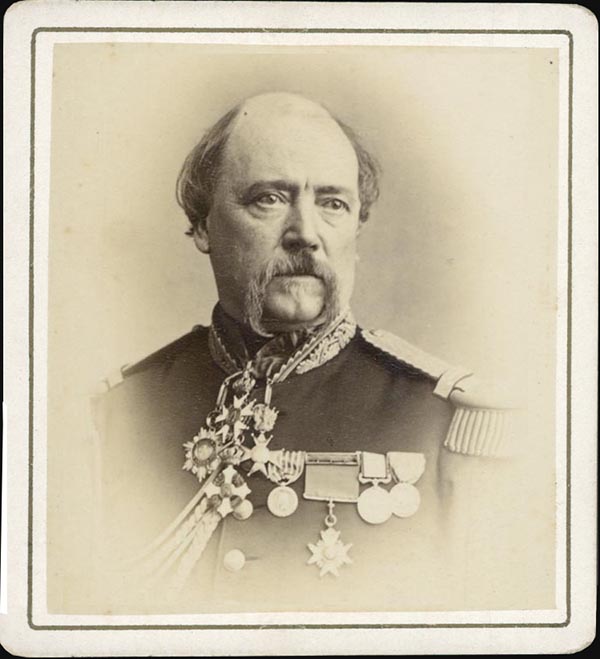 Grégoire-Gaspard-Félix Coffinières de Nordeck (September 3, 1811 - January 7, 1887) was a French military officer active in Europe and in Argentina in the middle part of the 19th century. Coffinières was born in Castelnaudary (Aude), France. He studied at the Paris École Polytechnique and later at the l’École d’application du Génie (Engineering College) at Metz. While in school, in participated in the July Revolution, which overthrew King Charles X in favor of Louis Philippe. After serving in Algeria and Morocco he was sent to Argentina - where the French had developing proto-colonial interests. There, in 1850 (published 1853), he compiled the first deatiled map of the La Plata basin, 'according to the documents collected on the spot and the best partial plans of this region' - a major cartographic achievement. Back in Europe he participated in the Crimean War (1853 - 1856) and the siege of Sébastopol. In 1860, he succeeded General Charles Eblé as head of the École Polytechnique. During the Franco-Prussian War of 1870 he was put in charge of the defenses of Metz. He is often accused of having surrendered the position without a defense, but passed the accusation fo treason to Francois Achille Bazaine (1811 - 1888). He moved to La réserve militaire in 1876 and retired fully from military life in 1881. Coffinières died in 1887 and is interred in his birth town of Castelnaudary.