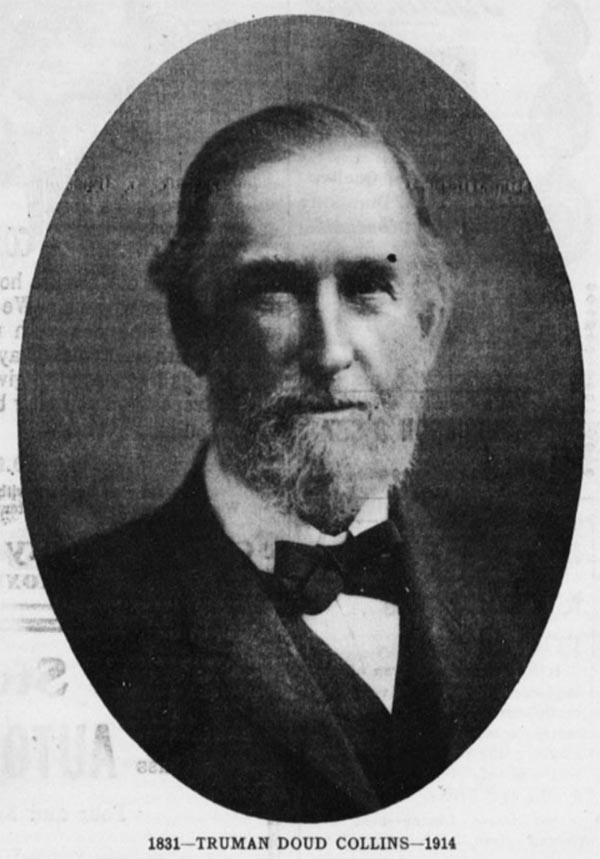 Truman Doud Collins (March 7, 1831 - April 16, 1914), known as 'Teddy' was born a farmer in Cortland, New York and educated at the Cortland Academy. Graduating, he took work with the Engineering Corps of the Binghamton and Syracuse Railroad, hen under construction. Despite promotions and success with the railroad, he moved to Forest County Pennsylvania in 1853, initially working as a lumberman, but later acquiring property and opening the T. D. Collins Mill. Through various subsequent business and partnerships, he became extremely wealthy. Sometime in the 1860s he was converted by Methodist Reverend Hicks in a Beaver Valley revival meeting. He became extremely interested in foreign missionary work, donating generously to build churches. The became the Chair of the World Christianity and Mission Society. Perhaps inspired by his old railroad survey work, he published a large format cloth map intended for missionary work, known as the 'T. D. Collins Map.' Collins died in 1914 in Nebraska, Pennsylvania.