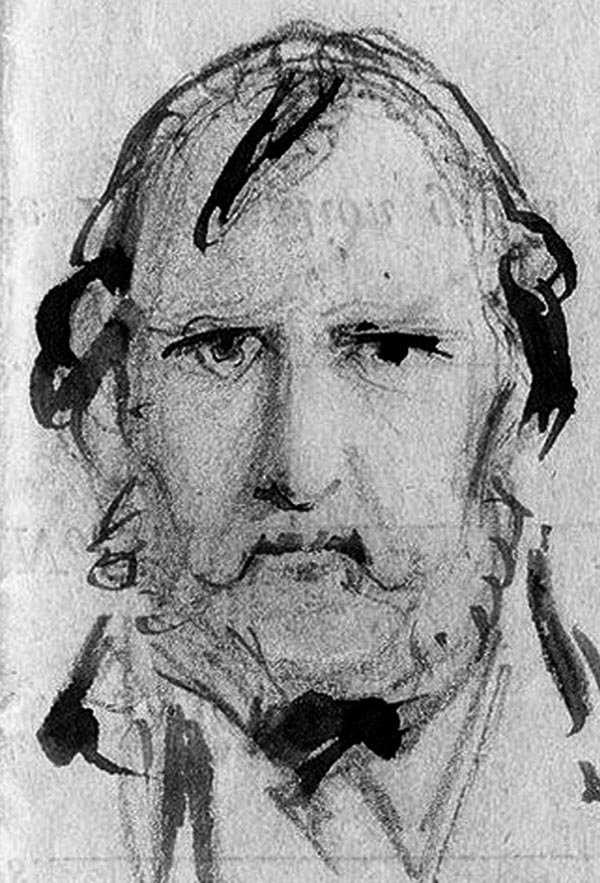 George Cruikshank (September 27, 1792 – February 1, 1873) was one of the most important British graphic artists of the 19th century. Cruikshank was born in London, the son of illustration Isaac Cruikshank, one of the most important illustrators of the late 18th century. Following in his father's footsteps, George Cruikshank's became a popular caricaturist in the style George Gilray. His political prints were apparently sufficiently scathing that, in 1820, he was bribed £100 not to caricature George VI. He later illustrated for Charles Dickens, producing original artwork for Sketches by Boz, The Mudfog Papers, and Oliver Twist. In 1853, the Comic Almanack, one of Cruikshank's employers, folded. Undaunted Cruikshank went on to found his own magazine, George Cruikshank’s Magazine. The magazine folded after two issues, but is best remembered for the remarkable frontis of the first issue, Passing Events, or the Tail of the Comet of 1853. He was an ardent Temperance supporter and became vice president of the National Temperance League in 1856. Cruikshank had lifelong extramarital affair with his former maid, Adelaide Attree, with whom he fathered 11 illegitimate children. His obituary in Punch read, 'There never was a purer, simpler, more straightforward or altogether more blameless man. His nature had something childlike in its transparency.'