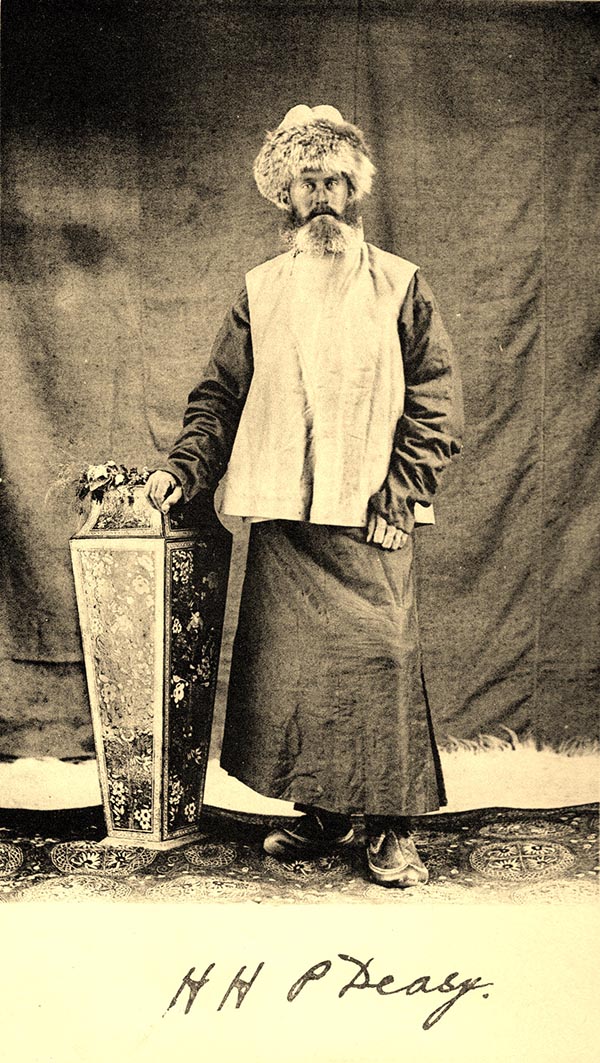 Henry Hugh Peter Deasy (1866 - February 1947) was an Irish army officer, amateur explorer, writer, and founder of the Deasy Motor Car Company. Born in Dublin, Deasy served as a British Army Captain, mostly in India, from 1888 until 1897. After retiring from the army, he became one of the first westerners to write a detailed account of Tibet, detailing his travels between 1897 and 1899. He was awarded the Royal Geographical Society’s Founder’s Medal in 1900 in recognition of his work surveying nearly 40,000 square miles of the Himalayas. In 1901 he published a book about these travels entitled In Tibet and Chinese Turkestan: Being the record of three years Exploration. Following his exploits in Asia, his interest turned to motor cars. In 1903, he drove a car from London to Glasgow to promote the Rochet-Schneider Company and is also remembered for driving a Martini car up a mountain rock railway near Montreaux, Switzerland. He founded H. H. P. Easy and Company around 1903 to import both Rochet-Schneider and Martini cars into the U.K., and in 1906 he formed the Deasy Motor Company. Deasy left the company in 1908 due to frequent clashes with the chief designer. He married Delores Hickie and had three children.