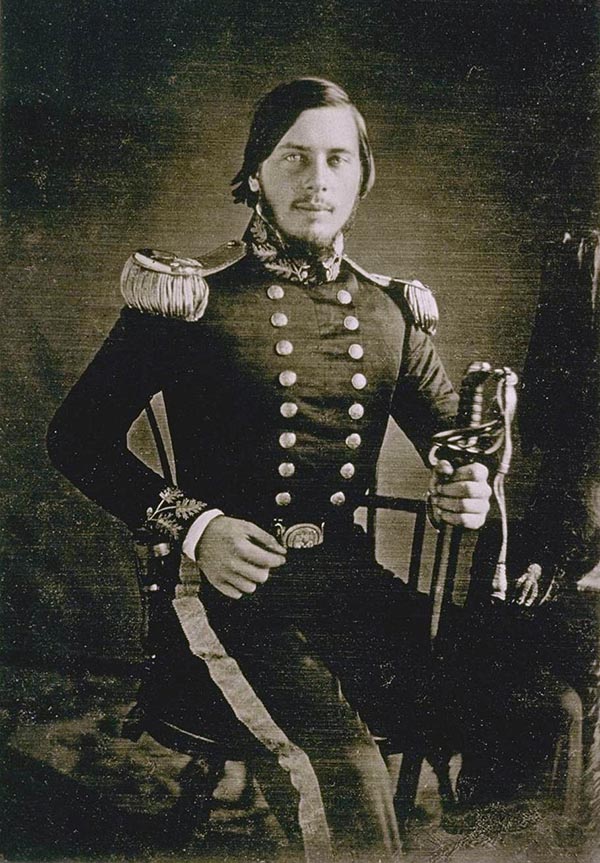 George Horatio Derby (April 3, 1823 - May 15, 1861) was an American military officer, topographical engineer, and humorist. Derby was born in Dedham, Massachusetts to a wealthy family dedicated to the arts rather than commerce. He graduated from the U.S. Military Academy at West Point in 1846 - just in time to serve in the Mexican American War (1846 - 1848), where he saw action at Veracruz and Cerro Gordo. After the war he was stationed with the Topographical Engineers in California under General Bennet C. Riley (1787 - 1853). He accompanied Riley on his travels throughout the region, serving as a mapmaker and topographer. Later, in 1853, he was sent to San Diego to map the San Diego River and San Diego Bay. Darby was known for an erratic, flippant manner that both endeared and infuriated his superiors. It may have been during his tenure in San Diego that Derby developed as a humorist. Under the pseudonyms 'John P. Squibob' and 'John Phoenix', Derby contributed mocking articles that poked fun at the pretensions of the social elite to the San Francisco Herald, California Pioneer, and the struggling local newspaper, the San Diego Herald. He used his family resources to purchase the San Diego Herald in 1855, but perhaps due to his military commitments, was unable to make it profitable, and it folded in 1860. Darby himself began exhibiting health problems, including vision loss and headaches, possibly related to a brain tumor, in 1857. He requested leave from the Topographical Engineers in 1859, citing poor health, and moved to New York, where he died shortly after the start of the American Civil War.