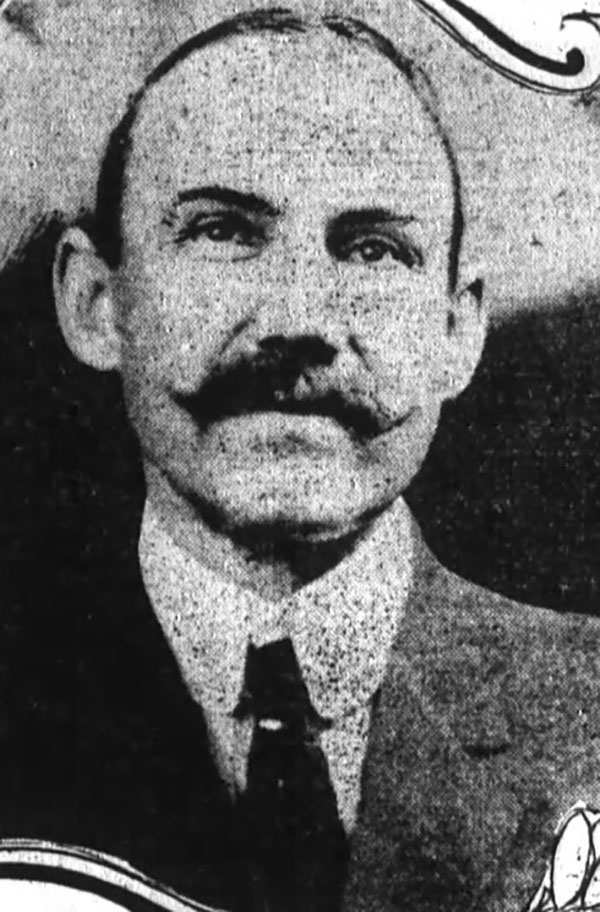 Dr. Henry Washington Dodge  (June 3, 1859 - June 30, 1919.) was an American Doctor, Banker, San Francisco City Assessor, and Titanic survivor. Born in Sonora, he attended the University of California, entering in 1881 and earned a medical degree in 1884. He would go on to join he Medical Department’s faculty with the title of Professor of Therapeutics. He left academia to become city assessor for San Francisco, a position he held 14 years. During his tenure there he oversaw the 1902 production of the Index Map of the City and County of San Francisco, the one cartographic work with which we are aware of his involvement. Dodge remained with the assessor's office, surviving the 1906 earthquake and fire. In 1912 he with his wife and son visited France in order to receive treatment for a blood disease. After treatment, the Dodge family returned... on board RMS Titanic. After helping his wife and son into lifeboat 5, Washington was fortunate enough to escape in lifebloat 13. Upon his return, Dr. Dodge quit the Assessor’s office and went to work as a banking executive, and later with the Federal Telegraph Company. Despite these apparent successes, Washington suffered a nervous breakdown and shot himself in the elevator of his apartment building.