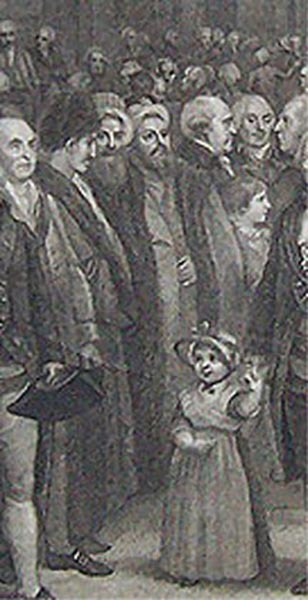 Rāif Maḥmūd Efendi (c. 1760 – 1807) was an ottoman diplomat, scholar, painter and author active in the late 18th and early 19th century. From 1793- 1797 Efendi was First Secretary to the first permanent Ottoman Ambassador to London, Yusuf Agah Efendi. While in England her acquired the nickname 'British Mahmoud.' He also began the work that culminated in the publication of the Cedīd Aṭlas Tercümesi, the first printed Ottoman world atlas. Efendi was a supporter of the progressive Sultan Selim III, whose instated Nizam-i Cedid, or 'New Order,' was aggressively attempting to modernize the Ottoman Empire. The Janissaries, a powerful Turkish-Christian military order, rebelled against the changes, ultimately slaying Selim III and Effendi. Although Effendi's precise birthdate is unknown, he is believed to have been about 47 at the time of his death.