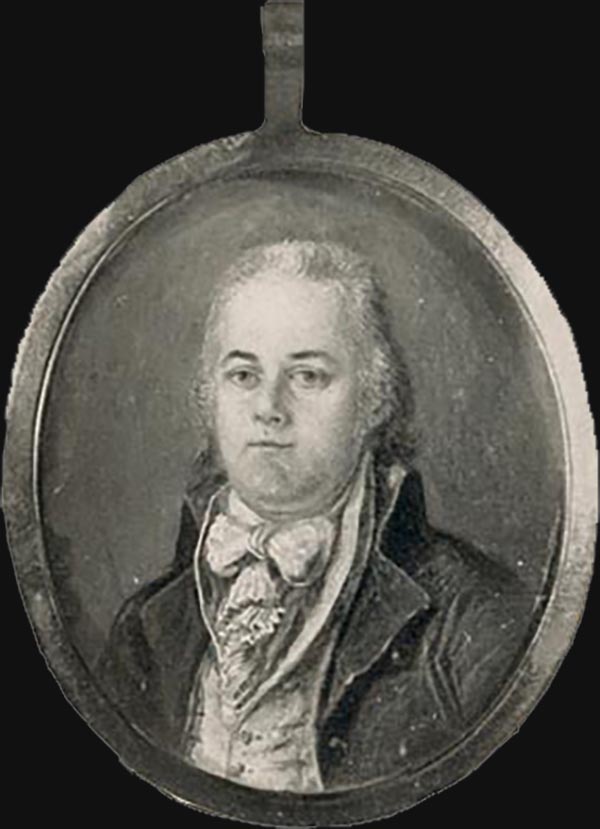 Andrew Ellicott (January 24, 1754 – August 28, 1820) was an American cartographer, surveyor, and statesman active in the late 18th and early 29th centuries. He is best known for his work surveying the boundaries of Washington D.C. and completing Pierre Charles L'Enfant's plan for said city. Ellicott was born to a Pennsylvania Quaker family in Buckingham, Bucks County. He was educated at the local Quaker School where he exhibited an early aptitude for mechanics and mathematics. In 1770 his father, Joseph Ellicott (1732–1780), and uncles Andrew Ellicott (1733 – 1809) and John Ellicott (December 28, 1739 – December 28, 1794), purchased land on the Patapsco River with where they relocated and established a milling business, naming the town Ellicott Mills, today's Ellicott City, Maryland. With the outbreak of the American Revolutionary War, Ellicott joined the Maryland Elk Ridge Battalion as a commissioned Lieutenant. During the course of the war he reached the rank of Major, which he maintained as an honorific even after the war. From 1791 to 1792, at the request of then Secretary of State Thomas Jefferson, Ellicott began to survey the boundaries of the newly established District of Columbia. During this same period, he also surveyed, with French urban planner Pierre Charles L'Enfant (August 2, 1754 – June 14, 1825), the future city of Washington, which then occupied only a small potation of territory reserved for the District of Columbia. In February of 1792 the Commissioners had a falling out with L'Enfant after which L'Enfant refused to submit a copy of his plan for Washington D.C. Ellicott, being familiar with Ellicott's methods and style, completed the plan, creating thus the plan upon the nation's capital was subsequently built. In additional to his work in Washington D.C., Ellicott laid out the plan for the city if Erie, Pennsylvania and from 1796, worked on the Spanish-American border in the Gulf Coast, establishing Ellicott's Line, the modern-day border between Alabama and Florida. In 1803 he mentored Meriwether Lewis, one of the leaders of the Lewis and Clark Expedition, on field survey techniques. From 1813 he taught mathematics at the Military Academy at West Point. The final significant survey he completed was the resurvey of the Collins-Valentine Line between Quebec, New York, and Vermont. Three years later he died from a stroke at West Point.