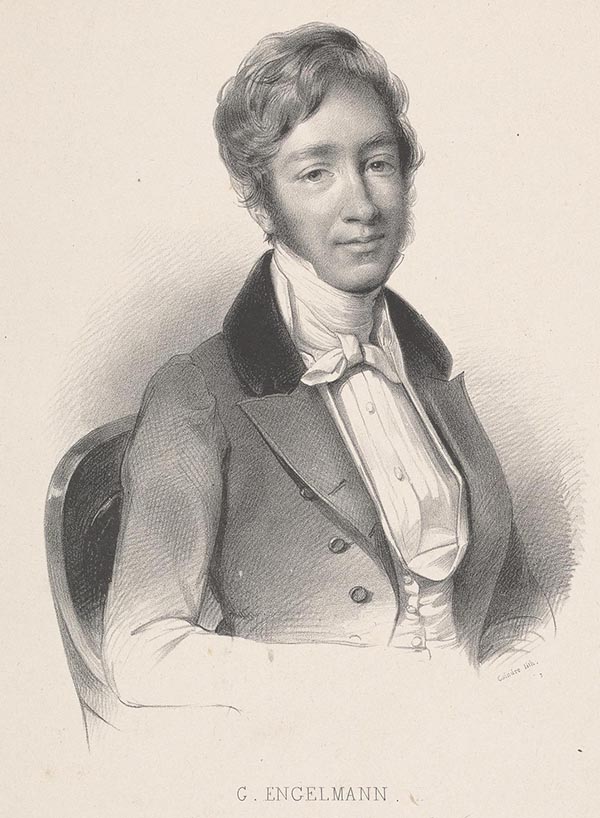 Godefroy Engelmann (August 17, 1788 – April 25, 1839) was a Franco-German lithographer and chromolithographer. Englemann was born in Mühlhausen, a small town near the France/Switzerland/Germany border. At the time of his birth Mühlhausen was a free German republic associated with the Swiss Confederation, but was annexed by France 10 years later. He trained in Switzerland and France, where he studied painting and sketching. In 1814 he travelled to Munich, Germany to study lithography under its inventor, Johann Alois Senefelder ( 1771 - 1834). The following spring, he founded La Société Lithotypique de Mulhouse. In June 1816 he opened a workshop in Paris. Engelmann is largely credited with bringing lithography to France, and commercializing chromolithography - a technique for which he was granted an English Patent in 1837. He died in 1839 in Mühlhausen, the town where he was born, of a neck tumor.