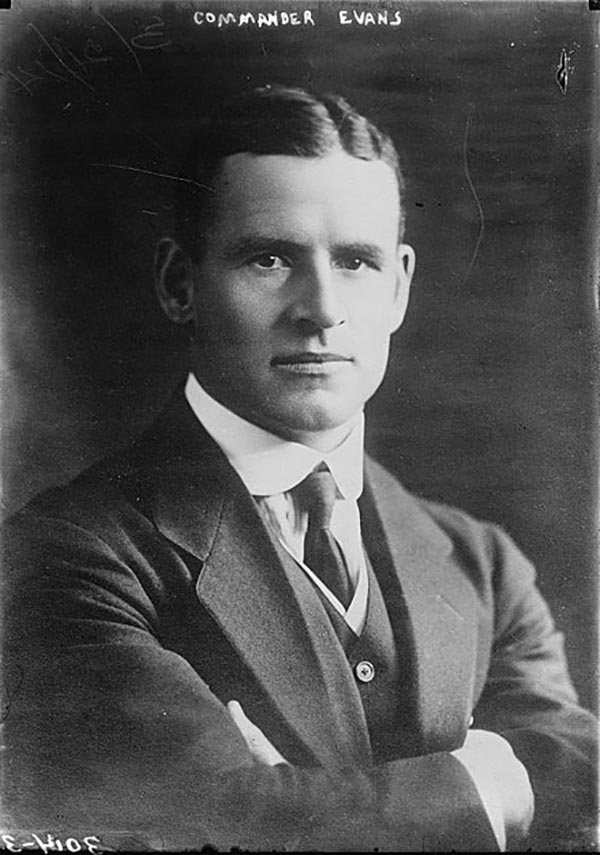 Edward Ratcliffe Garth Russell Evans, 1st Baron Mountevans, KCB, DSO, SGM (October 28, 1880 – August 20, 1957), was a British naval officer and Antarctic explorer. He served as a crewman on the Discovery Expedition of the Antarctic in 1901–04, and was second-in-command on Robert Falcon Scott's ill-fated expedition to the South Pole in 1910–1913, as captain of the expedition ship Terra Nova. He accompanied Scott to within 150 miles of the Pole, but later became seriously ill with scurvy and only narrowly survived the return journey. He toured extensively giving lectures on the expedition, and published a 1921 firsthand account of the expedition with Scott. He spent the First World War as a destroyer captain, commanded a cruiser at Hong Kong in 1921–22, and was awarded command of the modern battlecruiser HMS Repulse. He later served as Civil Defence Commissioner for London during the preparations for the Second World War.