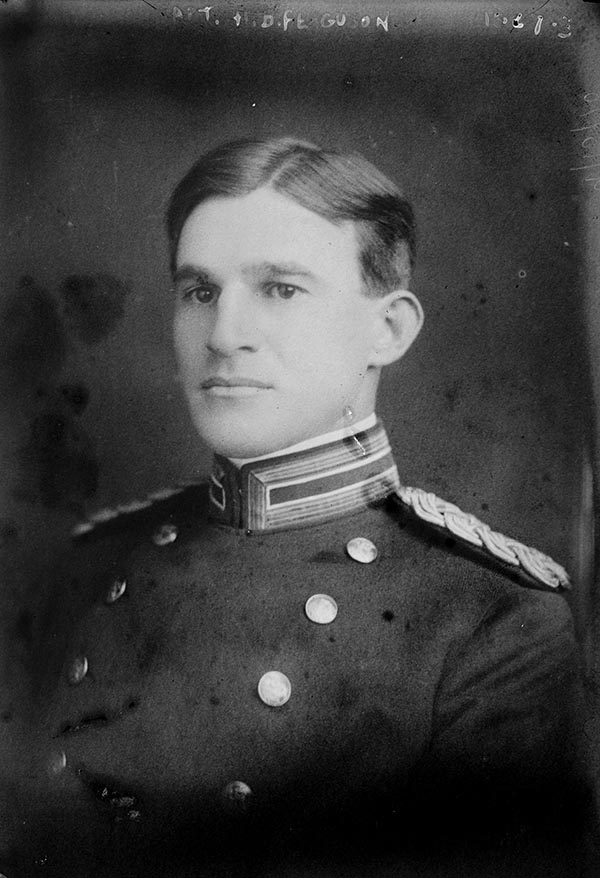 Harley Bascom 'Fergie' Ferguson (August 14, 1875 - August 29, 1968) was an American army officer and engineer active in the late 19th and first half of the 20th century. Ferguson was born in Waynesville, North Carolina, the fourth of seven children. He studied at the U.S. Military Academy at West Point, graduating in 1897. During the Spanish-American War, Ferguson served as a Lieutenant in Santiago, Cuba (1898) and in the Philippines (1899). In 1900, he was sent to Beijing as the Chief Engineer to the China Relief Expedition, a multinational emergency relief effort mustered to suppress the Boxer Rebellion. There he produced the definitive map of the Rebellion and the Defense of the Legation Quarter. From 1910 to 1912, he assisted in raising the U.S.S. Maine in Havana, Cuba. Afterwards he was assigned to various engineering projects in the United States. At the outbreak of World War I, he was sent to France to command the 105th Engineers, 30th Division, American Expeditionary Force. Later in the war he served as the commanding officer of the Port of Debarkation at Newport News, Virginia. Following World War I, he was assigned to various engineering posts related to American waterways. He retired in 1939 as a Major General. A few years later in 1942, he was recalled to duty for World War II, serving, due to advanced age, in command advisory capacity. After retirement, he enjoyed the remainder of this days in Lafayette, Louisiana, where he died at the age of 93. Ferguson’s papers are preserved at the University of North Carolina.