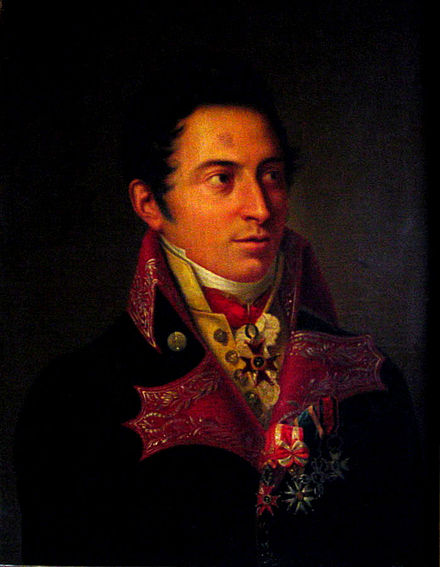 Clemente Folchi (November 14, 1780 - September 30, 1868) was a prominent Italian architect and engineer. Folchi was born in Rome. He initially studied mathematics and philosophy, but in 1800, apprenticed in architecture from 1800 under Andrea Vici (1743 - 1817). From 1806 became a member of the Commissione di Pesi e Misure and of the Académie des Lyncéens in Rome (equivalent of the French Académie des Beaux-Arts). In 1819, Barbara Vici the daughter of his teacher, Andrea Vici, became a widow and Folchi promptly married her. He leveraged the Vivi name to establish his own firm, Folchi Vici. In 1845, he oversaw the production of Giuseppe Civelli's enormous map of Italy. Folchi died in Rome at 88 years of age.