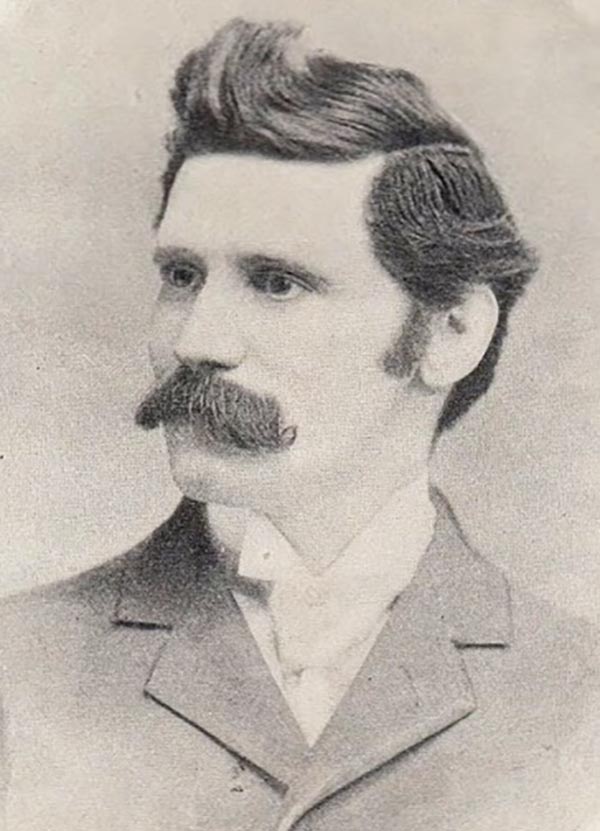 Bernhard Gillam (April 28, 1856 - January 19, 1896) was an American political cartoonist. Born in Banbury, Oxfordshire, England, Gillam and his parents immigrated to the United States in 1866 and settled in New York City. He found a job as a copyist in a lawyer's office but soon became interested in engraving. Following the success of having a few cartoons printed in the New York Graphic, Gillam shifted to cartooning. Over the course of his career, his work was published in Frank Leslie's Illustrated Newspaper, Harper's Weekly, Puck magazine, and Judge magazine, where he became director-in-chief in 1886. Gillam's cartoons played a major role in Grover Cleveland's election to the presidency in 1884 when one of his most remembered cartoons depicted his opponent, James G. Blaine, covered in tattoos referencing corruption charges from his political past. Gillam died of typhoid fever in Canajoharie, New York, in 1896.