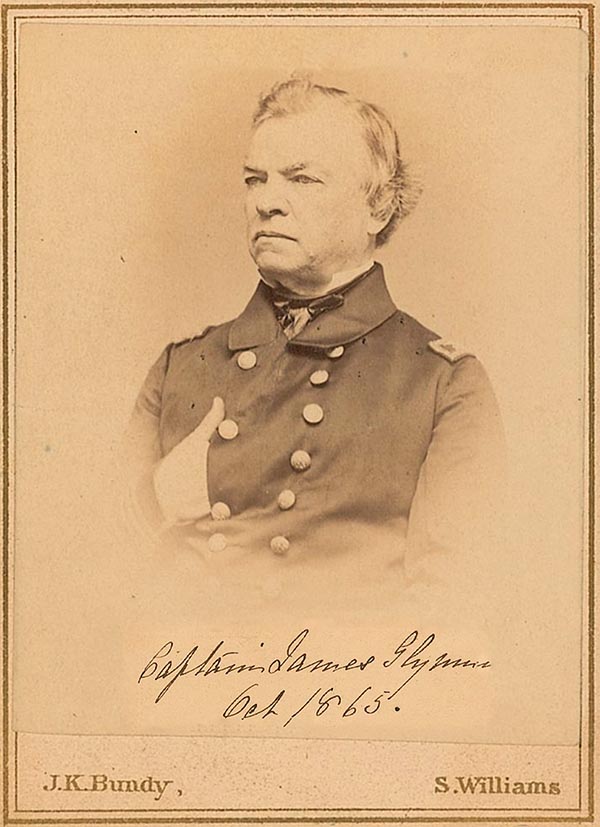 James Glynn (June 28, 1801 - March 13, 1871) was an American naval officer active in the United States during the middle part of the 19th century. Glynn joined the U.S. Navy on March 4, 1815, when he was just 14 years old. He became a lieutenant in 1825, a commander in 1841, and a captain in 1855. As a lieutenant he commanded 2 ships, the schooners U.S.S. Experiment and U.S.S. Engineer, which were charged to conduct a detailed survey of the Cape Fear River area for the potential construction of a Southern Navy Yard. During the Mexican-American War Glynn served on the coast of California. After the war, he was sent to China in command of the U.S.S. Preble, where learning of 15 American whalers imprisoned after a shipwreck in Hokkaido, he turned his attentions to Japan. Through a show of force and keen diplomacy he negotiated with the isolationist Tokugawa officials an secured the release of the surviving prisoners. His work is credited with setting the stage for the expedition of Commodore Matthew Perry to Japan in 1853 and 1854.