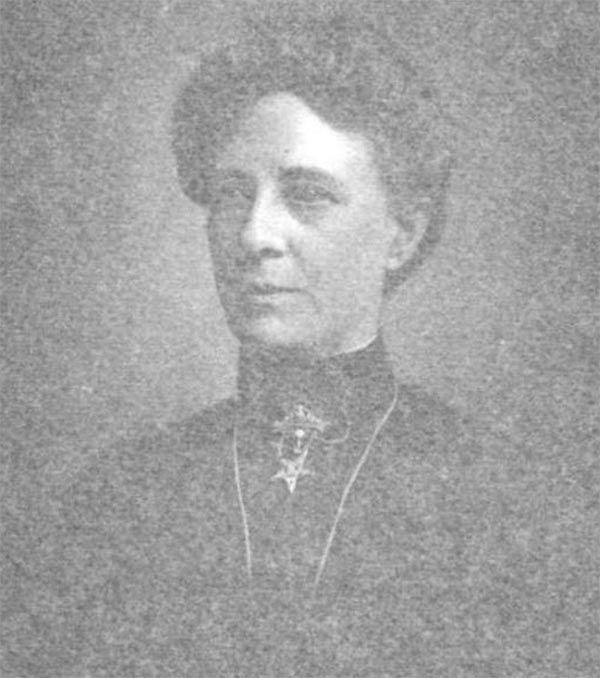 Eugenia Almira Wheeler Goff (January 17, 1844 - May 12, 1922) was an American author, cartographer, historian, teacher, researcher, and publisher. Born in North Clarkson, Monroe County, New York, her parents, Joseph Lacy and Sarah Ann (Peck) Wheeler moved the family to Minnesota in 1859. In 1869 she graduated from State Normal School and was immediately employed there after her graduation and held the position for eight years, eventually attaining the rank of first assistant. She also taught in teachers' training school and state institutes in Minnesota for nine years. She wrote Minnestoa, Its Geography, History, and Resources, which was published in 1876 and later used in all common and graded schools across Minnesota. Her texbook was the first to combine history, resources, and geography, and proved to be so popular that publishers used her ideas to publish books for other states. She also created series of historical maps and charts, which would be published after her marriage to Henry Slade Goff by their publishing company. She married Henry Slade Goff on July, 19, 1882, and she and her husband founded the National Historical Publishing Company in 1887, which published the aforementioned maps. Over the ensuing twenty-five years, Eugenia undertook the historical research and designed over 100 different historical maps and charts, which ranged in size from that of a book to large wall maps. Together, the Goffs wrote and published and historical atlas, The United States and Her Neighbors, in 1893. In 1894, Eugenia Goff was nominated to run for the Minneapolis school board, and garnered the support of women throughout the city as well as the endorsements of the Prohibitionist, Populist, and Democratic parties. Even so, she came in fourth with a total of 13,164 votes. Eugenia Goff died on Friday, May 12, 1922, at her home in Minneapolis.