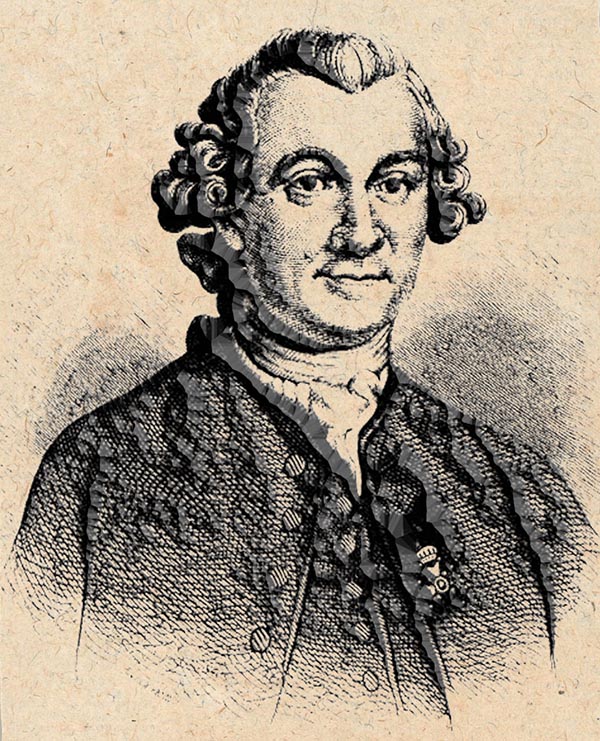 Jean-Étienne Guettard (September 22, 1715 - January 7, 1786) was a French mineralogist, naturalist, and geologist active in Paris in the middle to late 18th century. Guettard was born in Étampes, near Paris. His maternal grandfather, François Descurain, an apothecary and doctor based in Étampes, encouraged him in the study of pants and medicines. He later became a medical doctor, but botany and geology remained his primary passion. From 1843, he was a member of the Paris Académie Royale des Sciences to which he submitted his first paper, to great acclaim, in 1746. In 1747, Guettard was offered the position of médecin botaniste to Louis, Duc d’Orléan. The sponsorship continued under the duke's son, Louis-Philippe, and Guettard received housing at the Palais-Royal. He was the first to survey and map the geologic features of France and to study the exposed bedrock of the Paris Basin. He was also produced the first geological maps of the United States (although he never visited) and Switzerland (which he did visit). As a scientist, he avoided making grand theories, instead, focusing on collecting and organizing data. Beyond science, was a devout Jansenist, a Catholic fringe sect that emphasized original sin, human depravity, the necessity of divine grace, and predestination. Guettard died in Paris in 1786.