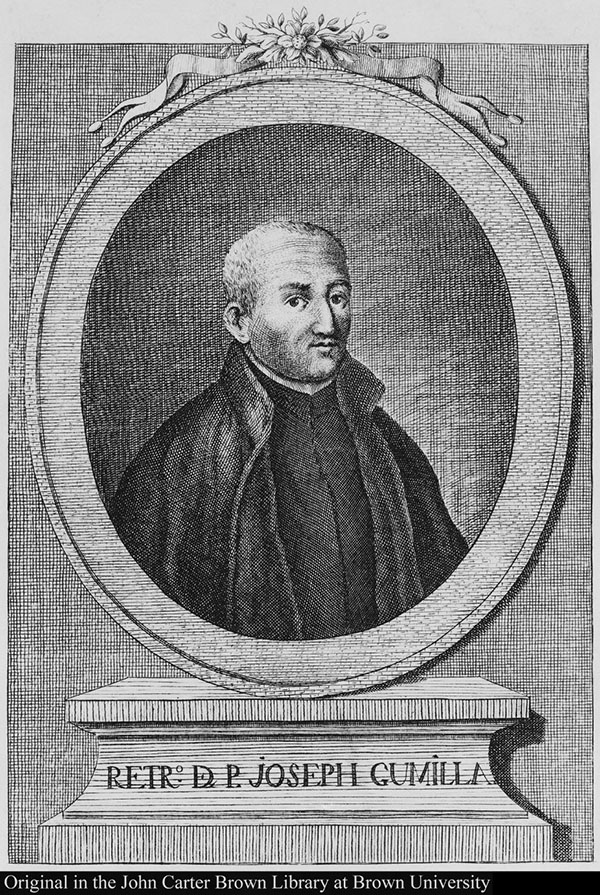 Joseph Gumilla (1686-1750) was a Spanish Jesuit priest who produced a natural history of the Orinoco River Valley of Venezuela and Colombia. Ordained in 1714, he was sent to Venezuela and worked in the region for thirty five years. He variously served as Rector of the School of Cartagena, Provincial Superior of New Granada, and Procurator in Rome from 1738. He wrote his natural history, El Orinoco Ilustrado in Rome at the end of the 1730s and published in Madrid in 1741. He returned to South America in 1743, dying in Los Llanos. Gumilla is credited with having introduced coffee into Venezuela, in 1732.