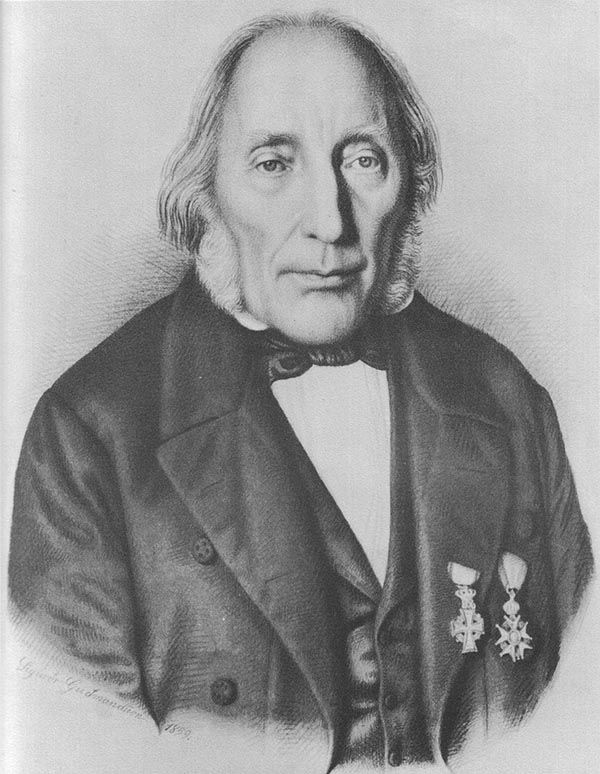 Björn Gunnlaugsson (September 25, 1788 - March 17, 1876) was an Icelandic cartographer, teacher, and mathematician. Born in Tannstaðir, Gunnlaugsson was educated by local priests and passed an exam in Reykjavík in 1808, for which he obtained a recommendation from the bishop to study at the University of Copenhagen. His education was delayed by wars, first the Gunboat War between Denmark-Norway and the United Kingdom and then the Napoleonic Wars. Gunnlaugsson finally enrolled at the University of Copenhagen in 1817 and studied theology and mathematics. During his time at university, he twice won the university's gold medal for mathematics. He returned to Iceland in 1822 when he was offered a job as a teacher of Danish, mathematics, and history at the school of Bessastaðir. Gunnlaugsson is best known for undertaking the first scientific survey of the entire island of Iceland. Sponsored by the Literary Society of Iceland, he spent the summers from 1831 until 1843 surveying the country. Gunnlaugsson's surveys served as the basis for maps of Iceland for the next one hundred years with new maps based on new surveys appearing only after World War II. For his work, Gunnlaugsson received the Knight's Cross of the Order of the Dannebrog in 1846 and the Knight's Cross of the French Légion d'honneur. When the school moved to Rekjavík in 1846, Gunnlaugsson followed. He retired in 1862. Gunnlaugsson married twice: first to Ragnheiður Bjarnadóttir, who died in 1834 and then to Guðlaug Aradóttir in 1844, and she died in 1873.