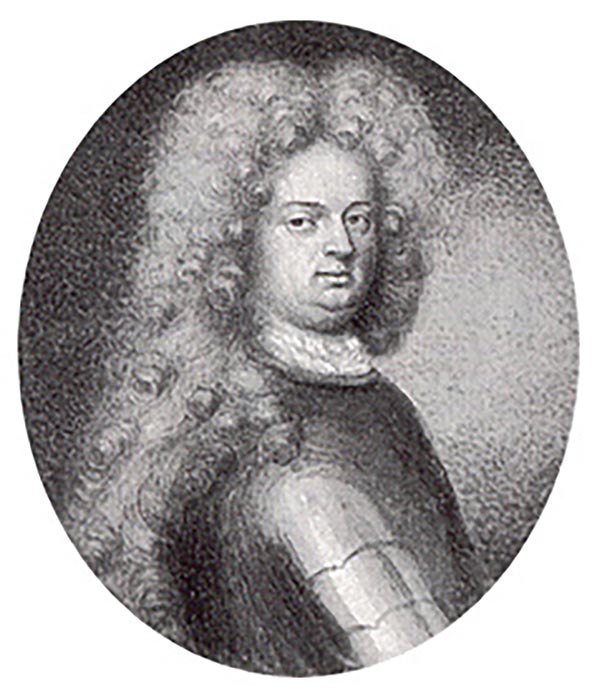 Hallart, Ludwig Nicolaus von (1659 - 1727) was a Saxon nobleman, diplomat and soldier. Little is known of his education and youth, but he appears to have been an able engineer with a specialty in fortifications. He drew a series of maps and views between 1685 and 1688 chronicling Germman battles with the Turkish Empire along the Danube, which would be published by Michael Wening: the publisher was court engraver for Maxmilian II Emanuel, the Elector of Bavaria, for whom Wening produced engravings to celebrate the Elector's victories in these wars against the Ottoman Empire. In 1700 he was sent to lead the siege works at Narva: the Russian defeat of the first battle of Narva saw him captured by the Swedes. He was freed in a prisoner exchange in 1705. Hallart remained in Russian service. He foughtin the campaigns in Little Russia in 1708-09, and with the Saxon army in Germany in 1712-13. He produced writtend descriptions of a number of his campaigns, including an unprinted account of the Great Northern War which has been found in the National Archives in Saint Petersburg.