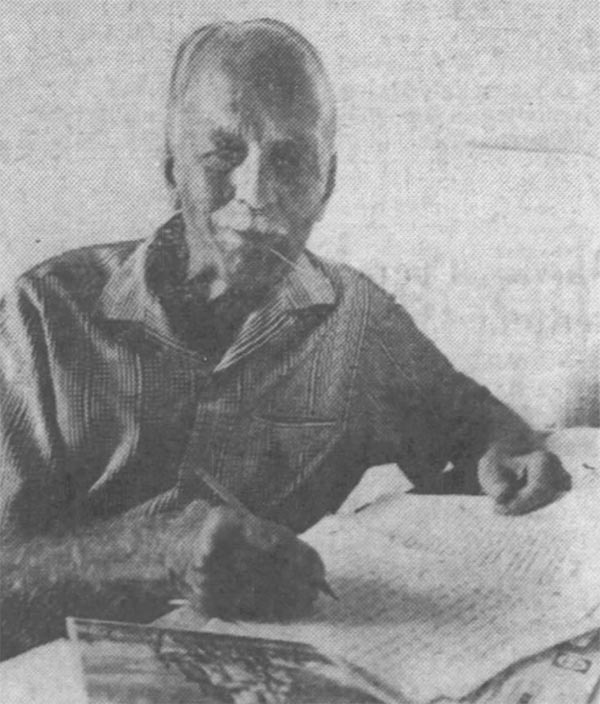 Nils Birger Hansell (November 15, 1909 - January 6, 1989) was an American adventurer and illustrator active in the middle part of the 20h century. Hansell was born in Cadwell, New Jersey, the son of Swedish immigrants. The Hansell family initially lived on Waldo Avenue in the Bronx before moving to North Stonington , Connecticut, sometime after 1931. Hansell's mother, Ingeborg, designed sets and costume for the Greenwich Village Follies in the early 1920s and probably inspired his artistic flair. His father, Nils V. Hansell (1880 - 1980) was a mining engineer and oil executive, no doubt an influence that inspired a love of cartography. Hansell studied at the Fieldston Academy, an elite private school in the Bronx, after which he earned a place at the short-lived Great Books themed 'Experimental Collage' at the University of Wisconsin (1927 - 1932). Students of the 'Experimental Collage' quickly gained a reputation as free-spirited outsiders, with an uncanny tendency to love reading and learning in general. After graduating, he attended the Columbia graduate School of Journalism. In 1933 he accepted a position at the American Bankers' Association Journal. He quickly gained a reputation as a talented new journalist. Nonetheless, Hansell had a restless soul and wanted something different. He moved to Texas to start Hansell Transportation Company, running a fleet of tractor-trailers throughout the southwest. Shortly before World War II he sold the company, becoming in the process quite wealthy. He was drafted in the U.S. Army at the outbreak of the war and assigned to the Air Transport Command, where he served in North Africa, the Middle East, and India. After the war he traveled extensively in Europe and American, completing solo canoe voyages down the Danube and through the Erie Canal. Back in New York he worked as a graphic artist for IBM, as well as a freelancer, producing works for numerous publications. His cartographic corpus is limited but includes a quirky pictorial map of New York City issued in August of 1953. In addition to his design work, Nils pioneered Operation Sail, a regular international gathering of tall ships in New York Harbor.