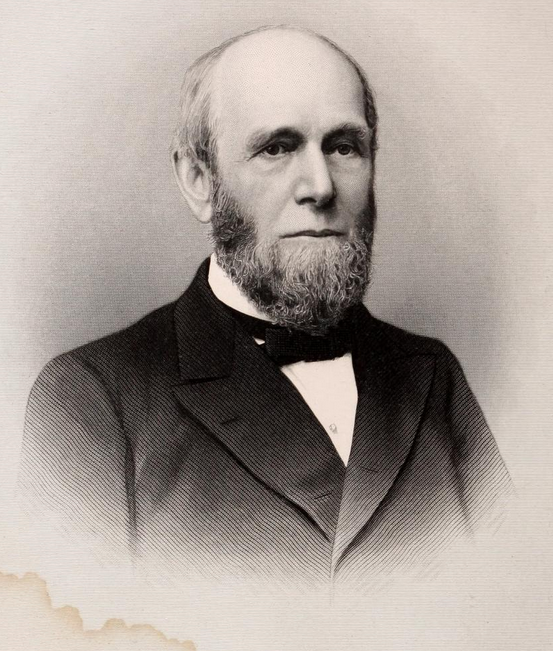 Daniel Addison Heald (May 4, 1818 - December 28,1900) was an American insurance agent and adjuster active in the second half of the 19th century.  Heald was born in Chester, Vermont. He studied at the Kimball Union Academy, becoming a Vermont lawyer in 1843.  From 1846 to 1854, he worked as a cashier at the Proctorsville Bank.  He ran for the Vermont House of Representatives and was elected in 1850.  In 1854 he was elected to the Vermont Senate.  During this entire time, he was also the Vermont agent for the Home Insurance Company.  He was offered the position of general manager in 1856, which he accepted and relocated to New York.   By 1888, he became president of the, by then, extremely large and profitable insurance concern.  He was the chief organizer of the National Board of Underwriters. He died of a heart attack at just 41.  He was survived by his wife, Sarah e. Washburn, two daughters, and a son, John Oxenbridge Heald.