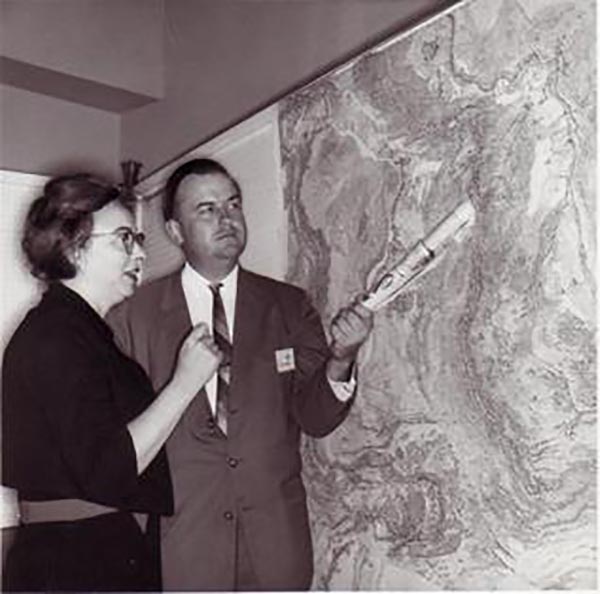 Bruce Charles Heezen (April 11, 1924 - June 21, 1977) was an American geologist active at New York's Columbia University. Heezen was born in Viton, Iowa. He graduated from the University of Iowa in 1947 and went on to an MA (1952) and PhD (1957) at Columbia University. There he met the pioneering female geologist, Marie Tharp (1920 - 2006), with whom he collaborated to map the ocean's floors for some 30 years. Tharp was Heezen's assistant while he was a graduate student. When she showed Heezen that her plotting of the North Atlantic revealed a rift valley, Heezen dismissed it as 'girl talk'. She persisted and they eventually discovered that not only was there a North Atlantic rift valley, but a mountain range with a central valley that spanned the earth. Heezen died of a heart attack in 1977 while aboard the NR-1 submarine studying the Mid-Atlantic Ridge near Iceland.

1977 Heezen and Tharp Bathymetric Map of the World