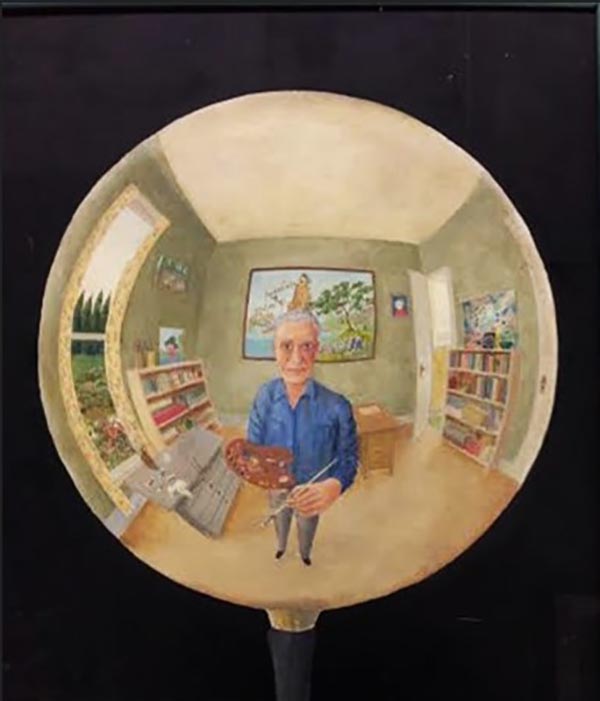 Jaro Hess (March 22, 1889 - 1977), was a Czech painter and landscape designer. Hess was born in Prague, where he was named Jaroslav Hes. He immigrated to the United States in 1910, at the age of 21. Before immigrating, Hess received a degree in metallurgical engineering from the University of Prague, and soon thereafter joined the French Foreign Legion in Algiers. He quickly realized that this had been a poor decision and later remembered the experience as some of the ‘worst days of his life.’ After returning to Europe as a stowaway, he completed his military service in the Austrian army. After immigrating to America, Hess tried his luck in the Pittsburgh steel mills. He greatly disliked the ‘dirty city’ and left, embarking on a more circuitous and nomadic life, working as a chemist, engraver, horticulturist, and steelworker throughout the Midwest. Hess eventually ended up in Grand Rapids, Michigan, where he took over his father-in-law’s plant nursery. Over the course of the 1930s and 40s, Hess made a name for himself as an artist in the Grand Rapids artistic community, and drew his most famous work, The Land of Make Believe. Hess became known for his sketches of odd creatures and other supernatural themes.

1930 Jaro Hess Map of the Land of Make Believe

1958 Jaro Hess Map of the Land of Make Believe