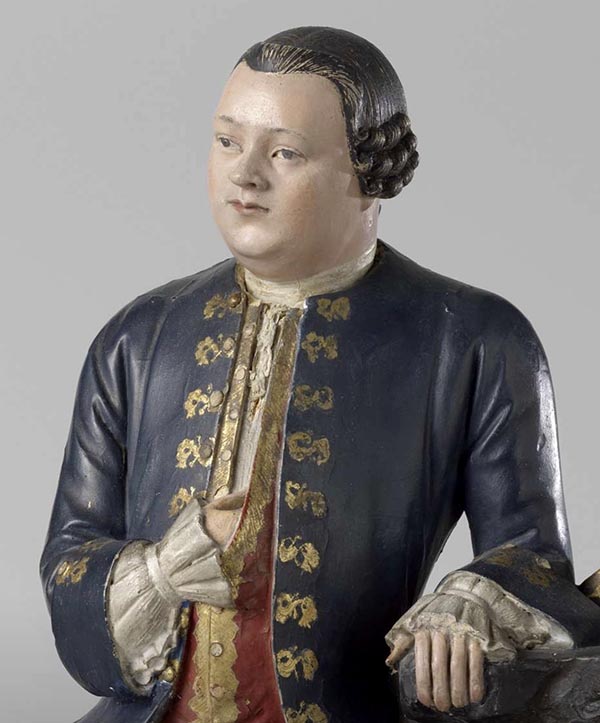 Andreas Everardus van Braam Houckgeest (November 1, 1739 - July 8, 1801) was a Dutch-American merchant who is known for his participation in the Titsingh Mission to China. Houckgeest was born in Werkhoven, Utrecht. He joined the Dutch Navy as a midshipman in 1757 but shortly afterwards transitioned to a Dutch East India Company (VOC) ship bound for China. Houckgeest arrived in China in 1758 and spent 8 years trading on behalf of the VOC, mostly in Guangzhou and Macau. Returning from China in 1783, by then a wealthy man, Houckgeest settled in a country-seat near Zutphen, Gelderland. This situation was short-lived as Houckgeest had a restless temperament. He was soon inspired by the political ideals of the American Revolution and determined to emigrate to the United States, ultimately settling in Charleston, South Carolina, where he attempted to establish himself as a rice planter and merchant. He became an American citizen in 1784. A few years later, in 1790, troubled by a family tragedy, Houckgeest once again found himself bound for China, where he planned to take a lead position at the Dutch factory in Guangzhou. Learning of the failed 1793 British Macartney Embassy (they refused the kowtow, thus mortally insulted the Qing Court) to the Beijing court of the Qianlong Emperor, Houckgeest convinced his VOC superiors to fund a similar mission. The VOC agreed with the idea and sent Houckgeest to Beijing under the command of Isaac Titsingh (1745-1812), then head of the Dutch trading mission in Dejima. Kowtowing (koutou), as tradition demands, the Dutch were welcome at the Qianlong court. They were further distinguished when Houckgeest's hat fell off during the kowtow, earning a laugh from the emperor. As Houckgeest was then an American citizen, he became the first American to meet the Emperor of China. Houckgeest and the rest of the Titsingh mission were notably last European diplomats to experience the mid-winter splendor of the Summer Palace (Yuangmingyuan) before it was destroyed in 1860 by Lord Elgin during the Second Opium War. Following the successful embassy, in March of 1795, Houckgeest boarded a ship from Guangzhou to Philadelphia, which arrived in 1796. He briefly settled in Bristol, near Washington D.C., where he wrote a memoire of the voyage to the Qianlong court, dedicating it to George Washington. In 1798 he returned to Europe, acquiring a small property in Amsterdam, where he died in July of 1801.