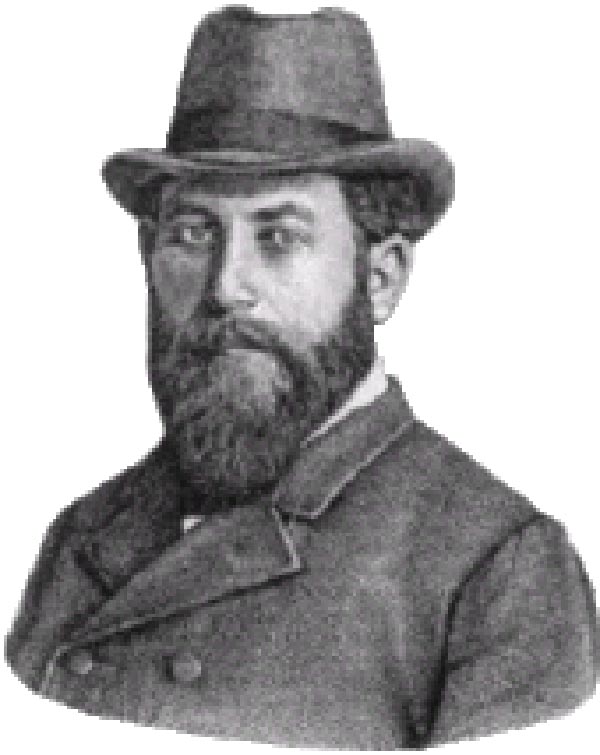 Xaver Imfeld (April 21, 1853 - February 21, 1909) was a Swiss engineering topographer and cartographer. After the relocation of the family in 1867 to Lucerne, studied at the industrial school there, demonstrating topographical talent there. In the fall of 1872 he began training as an engineer topographer at the Swiss Federal Polytechnic in Zurich. He would grow to become one of the most important Swiss landscape painters, relief artist, cartographer and planner of mountain railways of his time. From 1876 to 1890 he worked for the Federal Topographic Bureau. More than twenty sheets of the Siegfried Atlas are his work. He drew over forty mountain panoramas, modeled thirteen Alpine reliefs and was responsible for numerous engineering projects. In 1888 Imfeld opened his own office in Zurich as a freelance engineer and private topographer. His works included a relief map of central Switzerland in 1887 and the La Chaine du Mont Blanc in 1890.