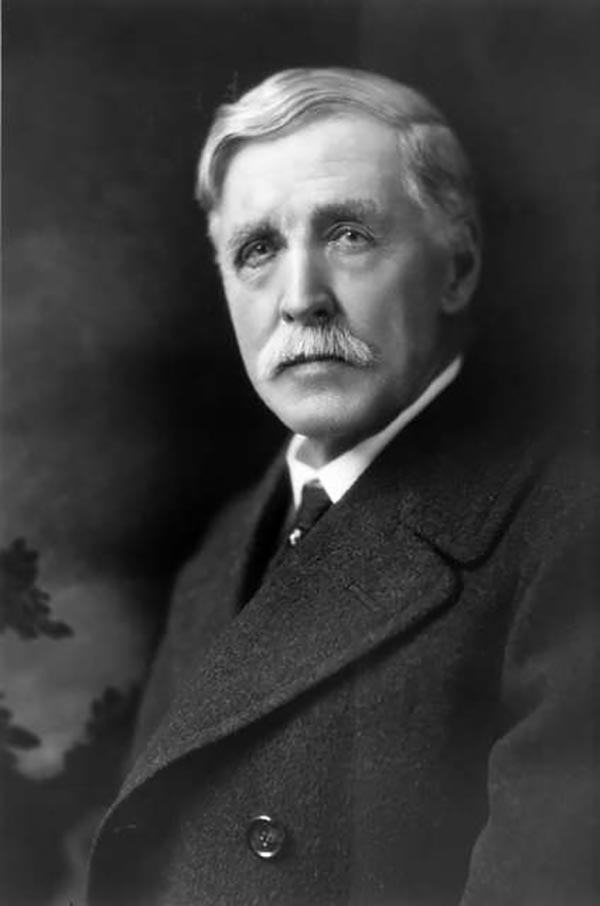 William Henry Jackson (April 4, 1843 - June 30, 1942) was an American painter, geological survey photographer, explorer, and American Civl War veteran. Born in Keeseville, New York, Jackson found a passion for painting from a young age (his mother was a talented watercolorist) and was said to be an excellent painter by the age of 19. At 19, in October 1862, Jackson enlisted in Company K of the 12th Vermont Infantry of the Union Army during the American Civil War as a private. Jackson served in the Union Army for nine months and was at the Battle of Gettysburg, but spent most of his nine months on garrison duty. Jackson boarded a Union Pacific train in 1866 and rode it to the end of the line, which at the time was about 100 miles west of Omaha, Nebraska. He then joined a wagon train heading to the Great Salt Lake along the Oregon Trail. He and his brother Edward Jackson decided to settle down in Omaha in 1867 and opened a photography business. It was while he was in Omaha that Jackson made is now famous series of photographs of the Native Americans. He won a commission from the Union Pacific in 1869 to photograph scenery along their rail routes to be used in promotional materials. Jackson was a member of the Hayden Geological Survey of 1871, which led to the establishment of Yellowstone National Park. Jackson continued working on the Hayden Surveys until the last one in 1878. Jackson continued working as a photographer, painter, and publisher well into the 1910s, although it was during World War I when sales of photographs and postcards began to decline that his publishing business began to suffer. His company, the Detroit Publishing Company went into receivership in 1924 and all its assets were liquidated in 1932. Jackson moved to Washington, D.C. in 1924 and painted murals in the new Department of the Interior building and served as a technical advisor during the filming of Gone with the Wind. He attended the July 1938 75th anniversary commemoration of the Battle of Gettysburg and when he died in 1942 he was recognized as one of the last surviving Civil War veterans and was buried in Arlington National Cemetery.