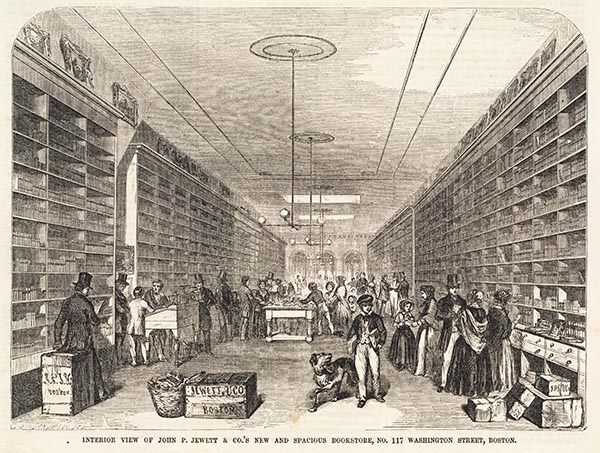 John Punchard Jewett (August 16, 1814 - May 14, 1884) was an American publisher and abolitionist active in Boston in the middle part of the 19th century. Jewett was born in Lebanon, Maine. As a young map he moved to Salem, Massachusetts where he worked in a bookshop and bindery. Jewett grew up in the business, eventually becoming a partner. Around 1849, Jewett relocated the firm to Boston. From at least 1835, Hewett was extremely active in anti-slavery efforts, publishing widely, and joining the first Anti-Slavery Society in New England. He was the published of Harriet Beecher Stowe's classic Uncle Tom's Cabin and Maria S. Cummins's Lamplightser. He published few maps, his most famous being a map of Eastern Kansas during the 'Bloody Kansas' period. His interests were hit hard in the Panic of 1857 and he lost his property, closing his firm. He then traveled to Europe in 1873, developing an interest in early safety matches, or as they were then known, Lucifers. On his return to the United States, he built a match factory in Roxbury, Massachusetts. Meeting with some success, he moved to the larger city of New York in 1867. He lived for an unspecified time before moving to Orange, New Jersey, where he lived out the remainder of his days.