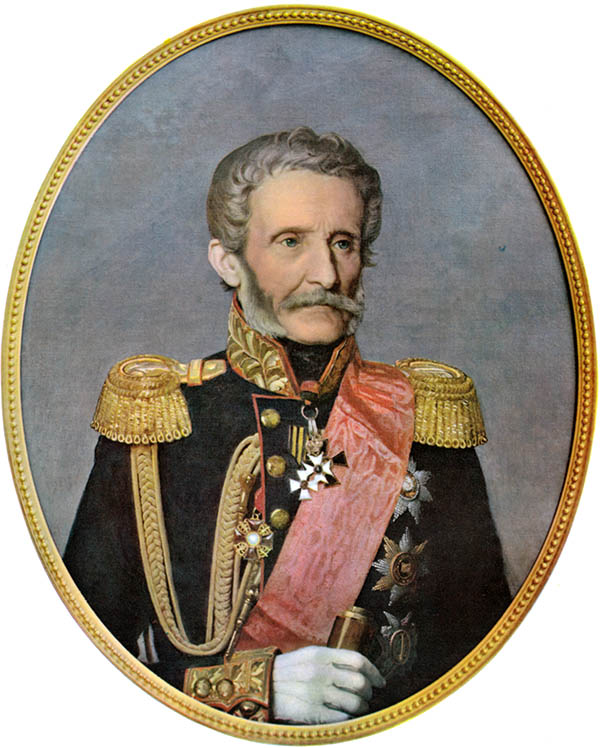 Antoine-Henri Jomini (March 6, 1779 – March 22, 1869) was a Swiss military officer who became one of the most influential military thinkers of the 19th century. An enthusiastic supporter of the French Revolution and the Helvetic Republic, Jomini quickly rose through the ranks of the republic's military hierarchy before moving to Paris and writing a book titled Traité des grandes operations militaires. Jomini's work caught the attention of Michel Ney, one of Napoleon's leading generals, who brough Jomini onto his staff. Later, due to his research of Frederick the Great's military tactics, Napoleon brought Jomini onto his staff during the War of the Fourth Coalition (1806 – 1807), in which Jomini was highly decorated. Serving for a time in both the French and Russian armies (while they were nominal, uneasy allies after the 1807 Treaty of Tilsit), Jomini was torn when war broke out between the empires in 1812 and tried to avoid field service on either side, leading to his earning enemies among officers of both armies. Still, he accompanied the Russians into Paris and tried unsuccessfully to prevent the execution of Ney. He later attended the Congress of Vienna and lived in Russia, training military officers and advising the Russian military in its battles with the Ottomans. Upon retirement in 1829, he moved to Brussels but returned to advise the Russians during the Crimean War. He advocated all along for greater understanding and cooperation between France and Russia, while also remaining a dedicated Swiss patriot. Jomini's writings were deeply influential on subsequent military thinking, including among the leading generals of the American Civil War, who had studied his works at West Point. Though less famous today, in the 19th century Jomini was seen as an essential accompaniment to Carl von Clausewitz, with whom he had several key points of disagreement. However, both thinkers ultimately concluded that war was more an art than a science, and that unpredictable and unquantifiable factors such as morale and leadership mattered far more than numbers of troops or ammunition.

1839 Jomini Map of the Second Battle of Zurich