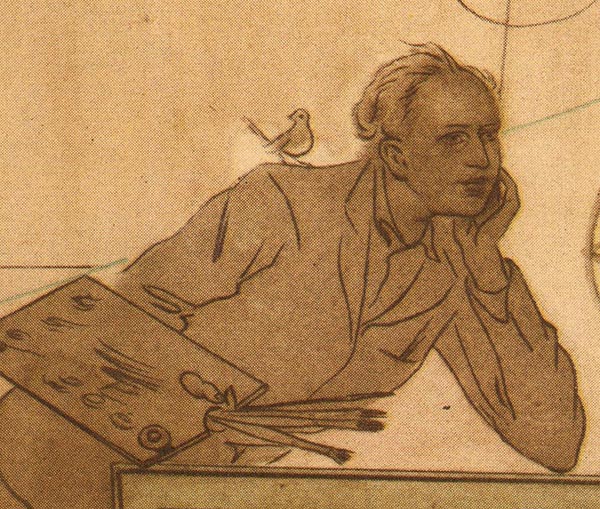 Eliasz Kanarek (June 21, 1902 - May 1969) was a Polish painter and noted portrait artist. Kanarek served in the Polish army from 1919 - 1920 and in 1923 began attending the Warsaw School of Fine Arts. Kanarak was a member of the Brotherhood of St. Łukasz and exhibited his work with this group. He worked as a cartoonist for the weekly 'Szpilki' from 1935 - 1938. He also participated in the Venetian Biennale in 1934 and exhibited his work at the Carnegie Institute in Pittsburgh in 1937. In 1938, he and six other members of the Brotherhood of St. Łukasz were commissioned to paint seven historical paintings to be displayed in the Polish pavilion at the New York World's Fair in 1939. In March 1939, Kanarak and another artist, Bolesław Cybis, sailed for New York with the paintings for the World's Fair. After the outbreak of World War II later that year, Kanarek remained in the United States in exile. Kanarek moved to Washington, D.C. and took up portrait painting, and among his subjects was General Marshall. The paintings also stayed in the United States and eventually went to Le Moyne College in Syracuse, New York. Kanarek became a naturalized American citizen on May 14, 1948 in Los Angeles, California, where he established a studio.