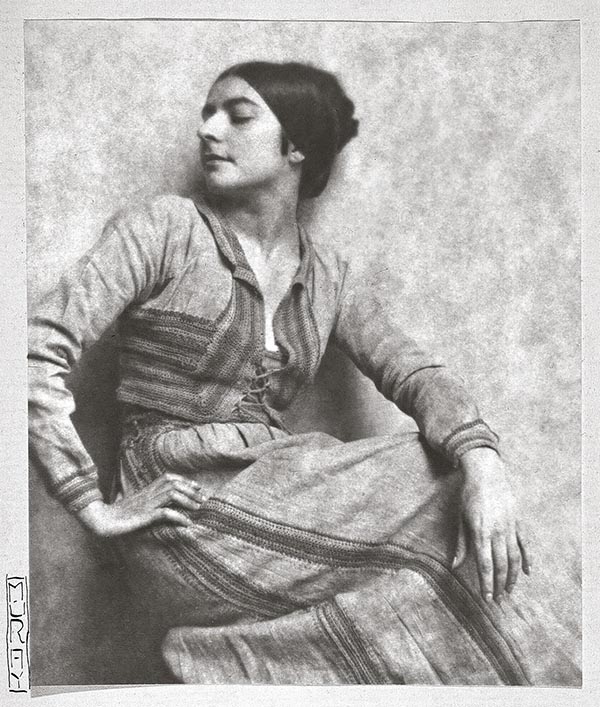 Ilonka Karasz (July 13, 1896 – May 26, 1981) was a Hungarian-American cartographer, industrial designer, and illustrator active in New York in the early to mid-20th century. Karasz was born in Budapest, Hungary. She was one of the first women admitted to the Royal Academy of Arts and Crafts. She emigrated to the United States in 1913, when she was seventeen, establishing herself as an artist in Greenwich Village. In 1914, Karasz partnered with Winold Reiss (1886 - 1853) to found the European-American artists' collective Society of Modern Art. Shortly after it was founded in 1915, she took a position teaching textile design at the Modern Art School. Karasz was exceptionally versatile, producing textiles, wallpaper, wrapping paper, furniture, nurseries, tea sets, china plates, maps, and book jackets. She is perhaps best known for her cover-art contracts for the New Yorker from 1924 to 1973. Although not known as a cartographer, Karasz incorporated maps into various aspects of her work, from book cover design to wallpaper. Her largest map is a 1927 pictorial map of Paris. Several of her New Yorker covers are also cartographic in nature. Karasz died at her daughter's home in Warwick, New York, seven weeks before her 85th birthday. Her work was subsequently subject to several gallery shows and retrospectives.