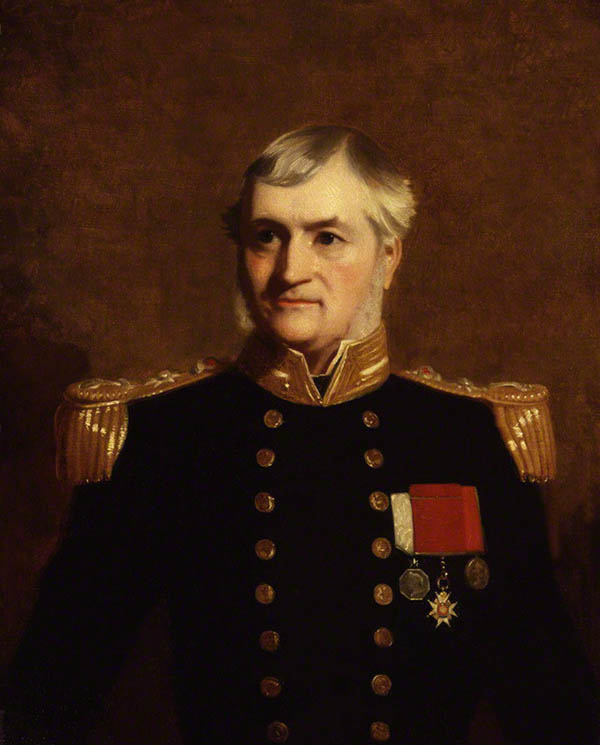 Henry Kellett (November 2, 1806 - March 1, 1875) was a Irish / British naval officer and hydrographer active in the mid-19th century. Kellett was born in Tipperary County, Ireland. He joined the Royal Navy in 1822. He afterwards spent three years in the West Indies. He was transferred to survey duty in Africa under William Fitzwilliam Owen (1774 - 1867). Just before the First Opium War (1839 - 1842) he was reassigned to China as the second-in-command of HMS Sulphur under Edward Belcher (1799 - 1877), famous for producing the first survey of Hong Kong Island. During the Opium War he was assigned his own ship, the HMS Starling and promoted first to commander (1841), then to post-captain (1842). In 1845 Kellett was appointed captain of the survey ship HMS Herald tasked to map the Americas from Guayaquil to Vancouver, including the Galápagos. In 1848, he joined the search for Sir John Franklin (1786 - 1847). During this voyage he sailed through the Bering Strait across the Chukchi Sea and discovered Herald Island. Later, Kellett became Senior Officer in the West Indies in 1855 and superintended Jamaica Dockyard. He served as Admiral Superintendent of the Malta Dockyard in 1864 and Commander-in-Chief, China Station in 1869. He retired in 1871 at the rank of Vice Admiral.