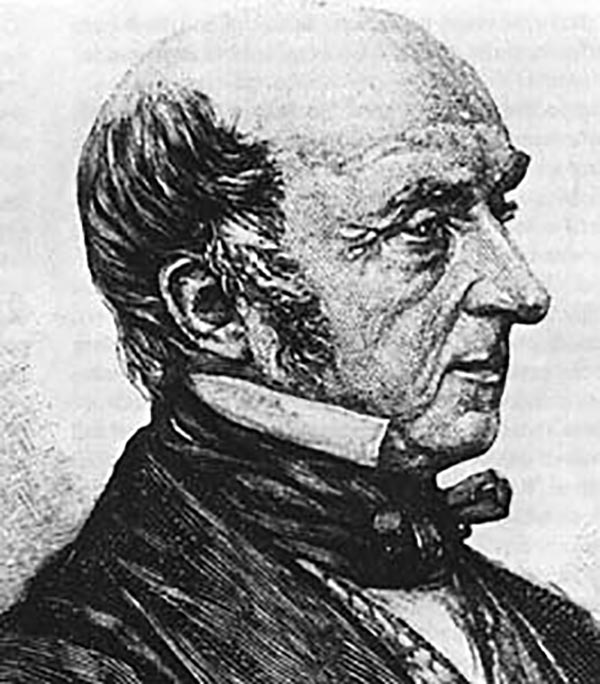 Admiral Phillip Parker King (December 13, 1791 - February 26, 1856) was an early explorer of the Australian and Patagonian coasts. Born on Norfolk Island of the coast of Australia, he was named after his father’s mentor Admiral Arthur Phillip, first governor of New South Wales and the founder of the British penal colony which became the city of Sydney in Australia). King was sent to England in 1796 for further education and he joined the Royal Naval Academy in 1802. He entered the navy in 1807 and was commissioned as a lieutenant in 1814. King was assigned to survey the unexplored portions of the coast of Australia and he made four voyages between December 1817 and April 1822. His main objective from the Admiralty was to try and locate a river which was 'likely to lead to an interior navigation into this great continent.' The Colonial Office also wanted information concerning topography, fauna, timber, minerals, climate, and the natives and the possibility of developing trade with them. King was promoted to commander in 1821 and returned to England in 1823. He was then given command of the HMS Adventure and sent on a five year survey expedition (1826 - 1830) of the coasts around Tierra del Fuego and the Straits of Magellan. King appears to have retired from active naval service sometime after this voyage, as the next reference is to entertaining Charles Darwin at his home in Sydney in 1836. King was appointed to the New South Wales Legislative Council in 1839 and as the resident commissioner of the Australian Agricultural Company that same year, a position he held for ten years. King was promoted to Rear Admiral on the retired list in 1855.