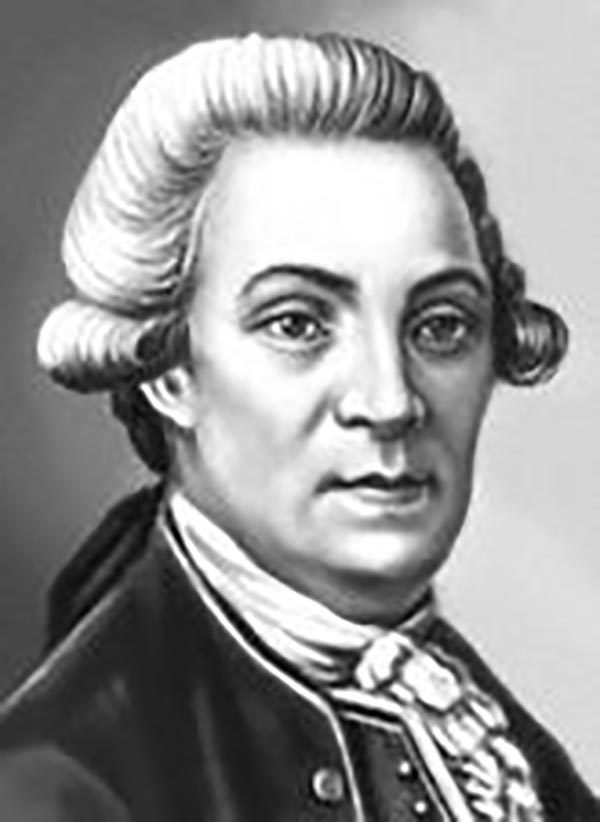 Stepan Petrovič Krašeninnikov (October 31 1711 – November 11, 1755) was a Russian explorer, geographer, naturalist and ethnographer. Krašeninnikov was born in St. Petersburg and studied at the l'Accademia Slavo-Greco-Latina and later at the St. Petersburg Academy of Sciences. He was chosen to accompany Vitus Bering in the 1731 – 1742 Great Northern Expedition (Second Kamchatka Expedition) to explore the Siberian Arctic. As part of this expedition Krašeninnikov was dispatched to Okhotsk and Kamchatka to perform preliminary studies, a difficult task which he completed over the course of four years from 1737 – 1741. Krašeninnikov had spent ten years on the Great Northern Expedition before returning to Saint Petersburg in 1742. There he obtained his doctorate in ichthyology and was appointed a member of the Russian Academy of Sciences. In 1752, he went for his last expedition to the area of Lake Ladoga and Novgorod for research on flora. He died shortly after in 1755. He final research was published posthumously by David de Gorter.