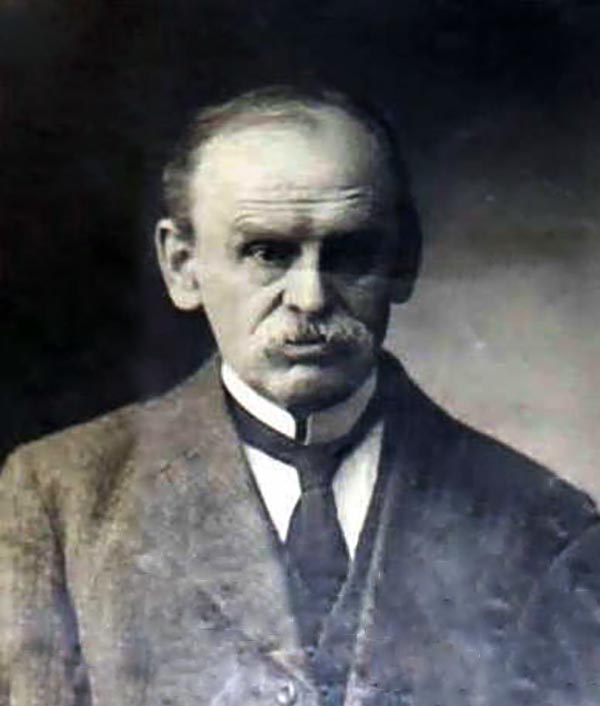 Henry Mohr Landis (March 9, 1857 - September 6, 1921) was an American missionary active in Tokyo, Japan in the late 19th and early 20th centuries. Landis was born in to a Mennonite family in Colebrookdale, Berks County, Pennsylvania. He completed his primary studies at the Keystone State Normal School (Kutztown, PA) and went on to take a degree in mathematics from Princeton, from which graduated in 1883). He received the J. S. K. Mathematical Fellowship to study in Berlin, Germany for one year. Returning to the U.S., Landis entered the Princeton University Seminary in 1884, graduating in 1887, when he was licensed and ordained by the Presbytery of New Brunswick, New Jersey. He then traveled to Japan as a missionary, arriving in Yokohama on July 2, 1888. He was closely associated with the Meiji Gakuin School, where he was a professor of Logic and Psychology from 1888 to 1893, and a professor of the New Testament from 1893 to 1919. In 1890 he designed the Meiji Gakuin Memorial Hall, still a part of the Meiji Gakuin campus. Poor health forced him to return to the United States in 1919, but he was back in Japan by 1921. Landis remained in Koriyama, Japan, until his death from 'paralysis' in 1921. He is interred on the Temple Ground at Meiji Gakuin.