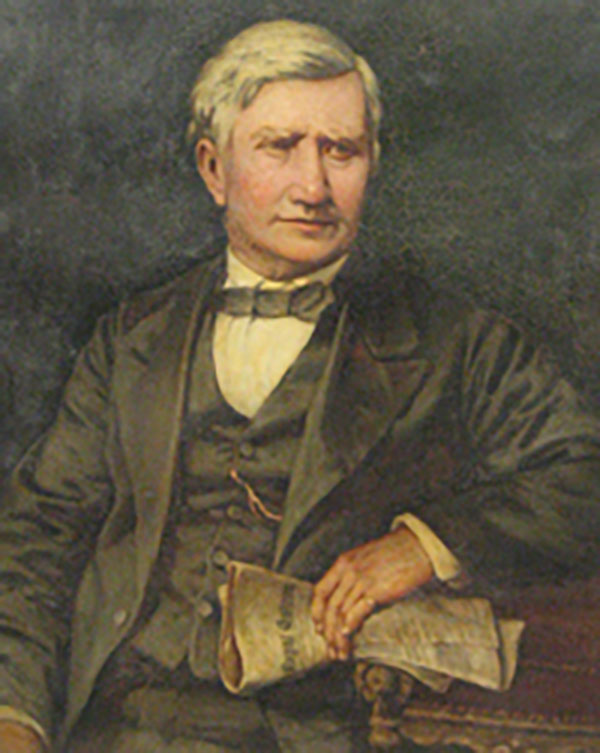 Donald McPhee Lee (February 11, 1804 - February 11, 1883) was a Canadian-born Bermudan publisher and newspaperman, the first editor of Bermuda's The Royal Gazette, He learned the printing trade in St. John's, Newfoundland. His father, who had served with the British military in Bermuda, learned of a vacancy for King's Printer there and submitted his son's name for consideration. In addition to the printing of official government documents, his duties included the publishing and editing of Bermuda's government newspaper, the Royal Gazette. He held this position for fifty five years, until his death. Lee also ran a stationery story and published an annual almanac. His second eldest son Gregory Vose Lee (May 5 1841 - February 28, 1898) took over as editor and remained in the position until his death in 1898, when the newspaper’s connection with the Lee family ended. His tenure almost did not evern begin: on his way to Bermuda from Halifax in 1827, he ran into stormy waters three days into the journey and was lost at sea for 11 weeks. Given up for dead, his brother David Ross Lee put out the first two editions of the newspaper before he finally arrived in St. George’s in January 1828, his family was overjoyed by his miraculous survival. Lee's tale - which would not be published until after his death - told of a captain who went blind, a navigator who was illiterate, and two crewmen who were washed overboard by a wave and back onto the boat.