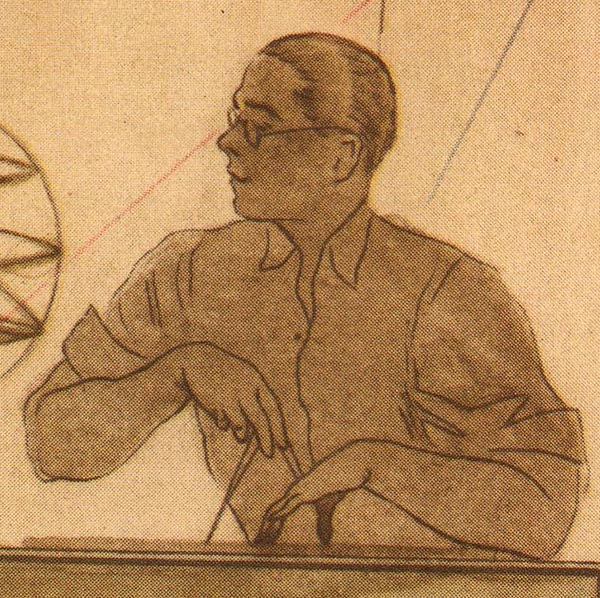 Tadeusz Lipski (June 30, 1905 - April 7, 1987) was a Polish illustrator, painter, and graphic artist. He studied at the Graphic Arts Department of the Academy of Fine Arts in Warsaw. He found himself in France at the outbreak of World War II, and eventually made his way to England. After the war was over, he emigrated to the United States, and gained American citizenship on December 10, 1956. He lived in New York for years, where he exhibited his work in galleries. At some point he moved to Passaic, New Jersey, where he spent the rest of his life.