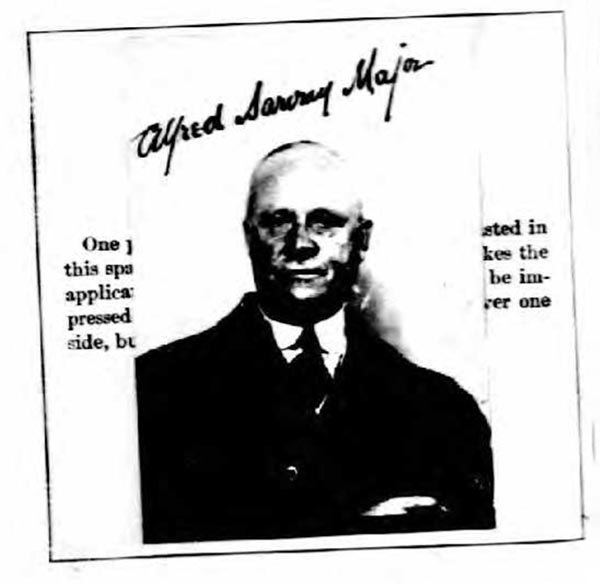 Alfred Sarony Major (April 13, 1854 - July 23, 1829) was a New York City publisher, engraver, and lithographer. Major was born in New York, the son of Henry Broughman Major (1820 - 1887), of the lithography firm 'Sarony, Major, Knapp'. His middle name honors Napoleon Sarony (1821 - 1896), his father's business partner and a major pioneer in American lithography. Major learnt lithography under his father, Henry S. Major, at Major and Knapp. Major's early independent work is extremely obscure, being a singular view of the opening ceremonies of the Brooklyn Bridge issued in 1883. At the time, Major's offices were located at 330 Pearl Street, right next to the Manhattan entrance to the Bridge, in South Street Seaport, suggesting the location may have been a short-term marriage of convenience. Later he became a 'major' figure in publishing, the Vice-President of the American Banknote Company, one of the largest printers in the United States. In his later years, Major focused his attentions fully on engraving, becoming renowned as one of the finest banknote engravers in the world.