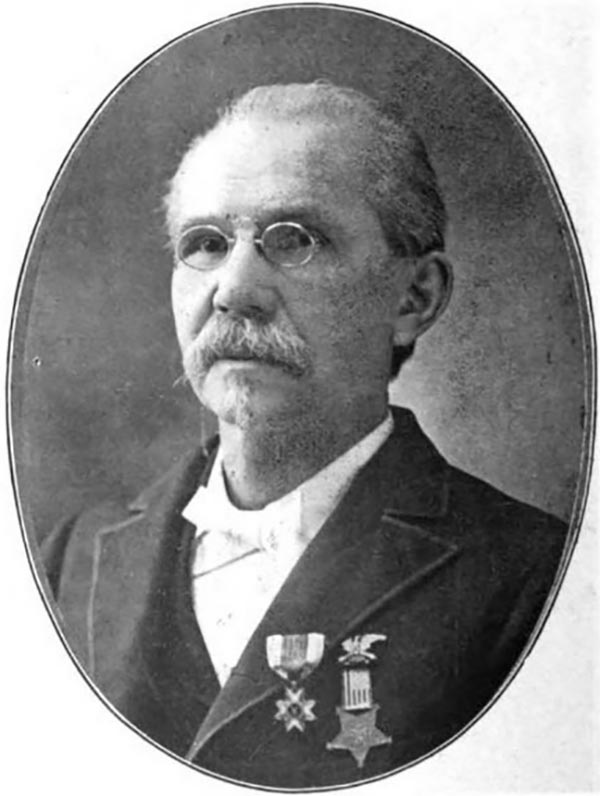 William C. Margedant (November 15, 1835 - January 12, 1900) was a German-American engineer and U.S. Army soldier. Born in Dusseldorf, Germany (then Prussia), Margedant was educated in Germany and immigrated to the United States in 1854. He settled in Cincinnati, Ohio, where he was employed by C.A. Latta and assisted in constructing the first steam fire engine in the United States. He then started working as a machinist in Hamilton, Ohio, in the shops of Owens, Lane, and Dyer and eventually began working for the Bentel and Margedant Company, which designed and manufactured wood working machinery. In 1861, Margedant volunteered to serve in the Union army and organized a company of forty-eight volunteers from Hamilton. This company then joined the Ninth Ohio Volunteer Infantry in Cincinnati and Margedant was elected captain of his unit. Margedant, after his first three month enlistment was up, was appointed to the topographical engineers on the staff of General William Starke Rosecrans (September 6, 1819 – March 11, 1898). He was involved in the organization and compilation of the first detailed topographic maps of West Virginia. While serving on Rosecrans's staff, Margedant

invented method of duplicating maps in the field by which all corps, divisions and brigades, as well as individual regiments when acting or moving alone, were furnished at each camp with maps of the surrounding country on the march, with those showing the roads, streams and other military features of country in advance. These maps were printed on cloth, often on a handkerchief and distributed in great numbers. Photographic duplications of charts gave valuable information as to camp grounds, water forage, kind of roads and trails and their condition. Every organization down to brigades had a topographical engineer whose business it was to gather daily all the information possible of the country where the troops halted, and of the region in advance, and reported it in the evening to the next superior headquarters. At army headquarters Capt. Margedant's force consolidated the topographical notes received, and the next day maps and charts containing everything ascertained the day before were in the hands of all commanding officers.

Because of this service, Margedant came to be known as 'the pathfinder of the Army of the Cumberland.' Margedant then served on the staff of General John C. Fremont and saw combat in multiple battles. Margedant remained in the army until late 1864, when he fell seriously ill from typhoid fever. During his time in the army he participated in thirty-six battles and engagements, from West Virginia through the Shenandoah Valley, Tennessee, Georgia, and Alabama. Margedant remained active after the war, becoming a member of the Grand Army of the Republic and a staunch Republican. He was a figure in the community, a liberal giver of both time and money. He also served as the president of the Pioneers', Soldiers' and Sailors' Permanent Monument Association. Margedant married Caroline Son on January 28, 1864, with whom he had nine children.