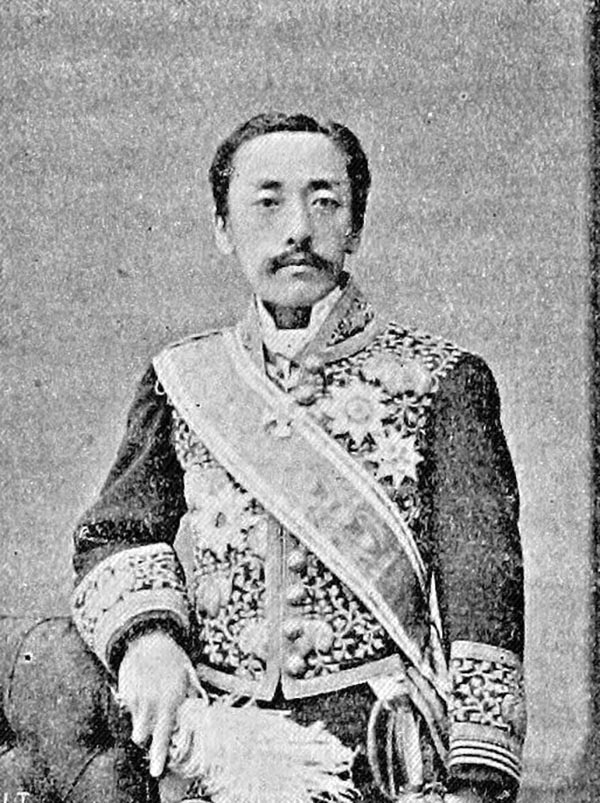 Matsudaira Norikata (松平乗謨, December 18, 1839 – January 26, 1910) was a Japanese daimyo, military leader, and statesman in the late Edo and Meiji periods. Matsudaira was an early proponent of rapid military modernization and ending the Tokugawa's sakoku isolationist policies. His efforts to modernize the Shogun's armies faced resistance and were only partially successful. When a civil war began between the Tokugawa and supporters of the emperor, he retired rather than fight against imperial forces. He was therefore an ideal transitional figure between the old regime and the new government. Matsudaira (who changed his surname to Ogyu 大給, his clan's original surname before being entrusted by the Tokugawa as Mastudaira) went on to carry out a range of tasks related to military modernization and received many awards from the Meiji government, including becoming a member of the Privy Council late in life.