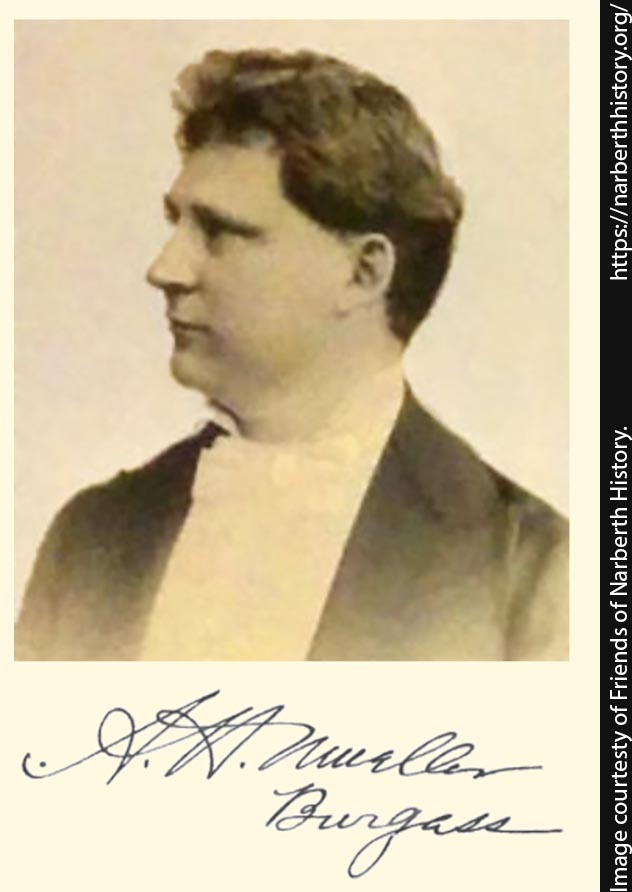 August Henry Mueller (December 1, 1857 - April 1, 1926) was a German-American printer, publisher, and lithographer based in Philadelphia, Pennsylvania. Mueller was born in Philadelphia to German immigrant Adam Mueller. He was educated primarily in public schools before apprenticing as a lithographer. Mueller lived for a time in Philadelphia, before, meeting with considerable success, he acquired a stately home 'Romar-Florem' in nearby Narberth, PA. He served as Narberth's burgess (Mayor) from 1895 to1897. He is listed as a lithographer in Philadelphia directories as early as 1880 and continued to issue maps and county atlases until his death. Mueller died in his home in Narberth from a heart attack.