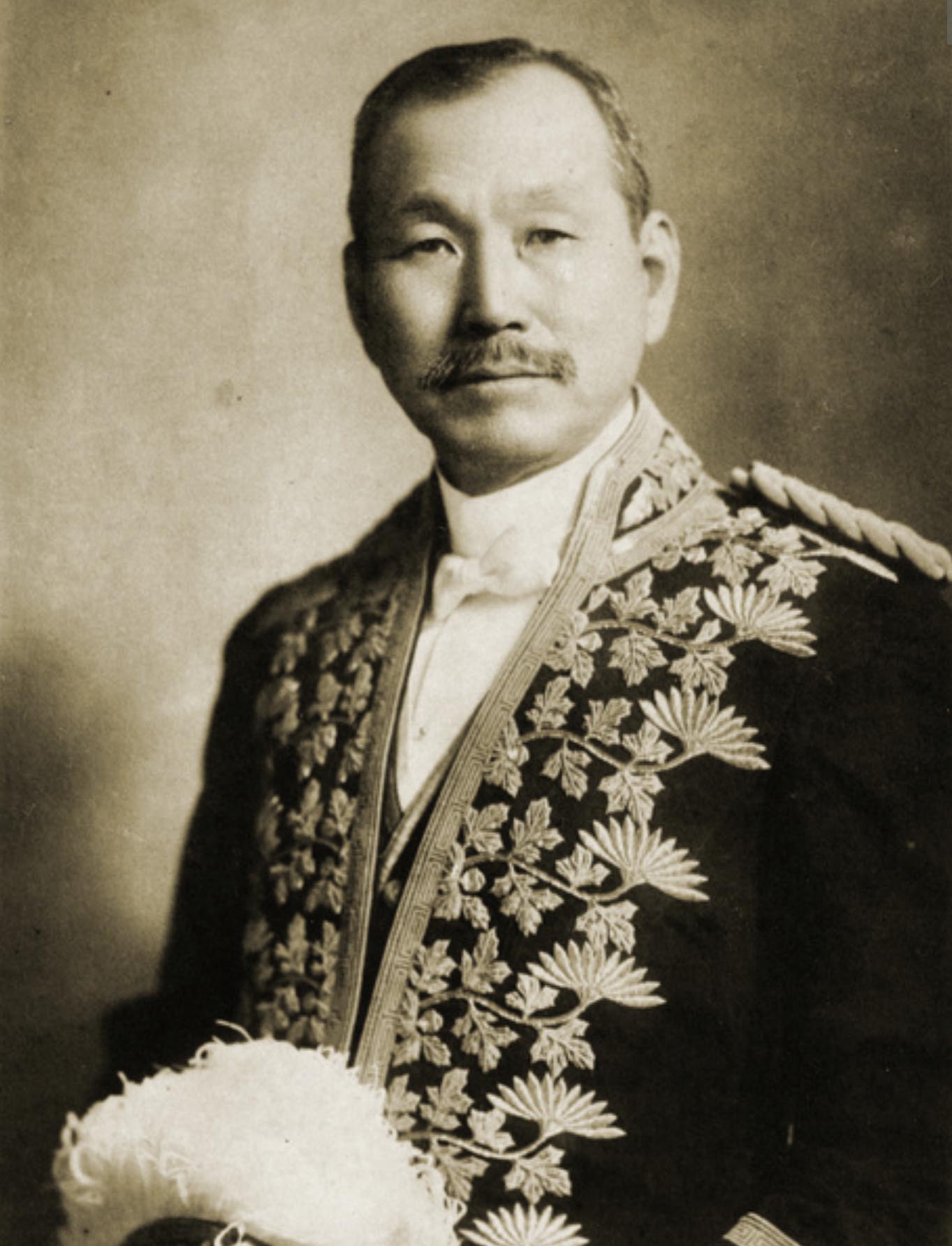 Nishimura Torajirō (September 12, 1865 - July 29,1924) (西村天囚) was a Japanese journalist, mapmaker, and publisher active in the late 19th and early 20th centuries. Torajirō was born in the city of Nishinoomote, Kagoshima Prefecture, on the Osumi Island of Tanegashima . He studied in the Tokyo Imperial University from 1880 (Meiji 13), graduating in 1887. He became a journalist in 1889, and took a job with the Osaka Asahi Shimbun in 1890. He was war correspondent during the Sino Japanese War and became Chief editor of the Tokyo branch of theOsaka Asahi Shimbun, the Tokyo Asahi Shimbun, shortly afterwards. He returned to the Osaka in 1902, becoming the Osaka Asahi Shimbun editorial advisor in 1914. In May of 1920 he was awarded an honorary Doctorate of Literature. He died four years later in 1924.