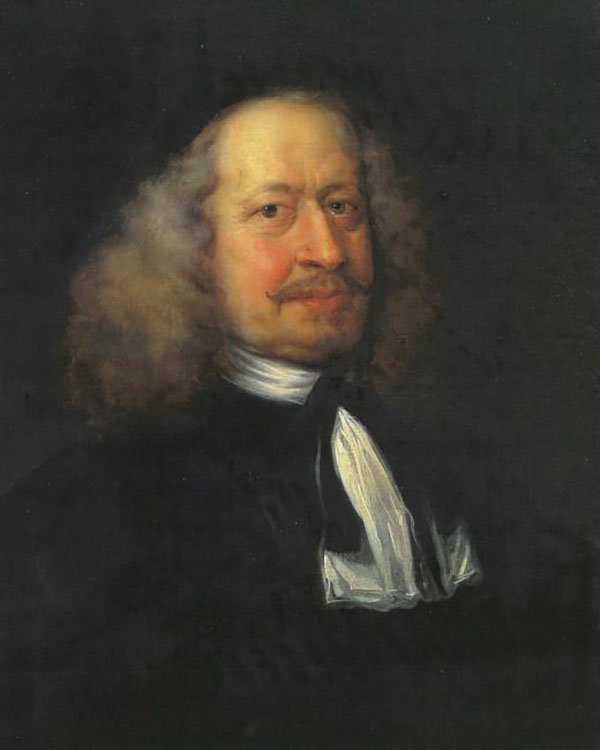 Adam Olearius, or Ölschläger (September 24, 1599 – February 22, 1671) was a German scholar, mathematician, geographer and librarian. He is best known for his published reports of his travels to Safavid Persia. He was educated in Leipzig; after his studies he became librarian and court mathematician to Frederick III, Duke of Holstein-Gottorp. In 1633, he was appointed secretary to the Duke's embassy to Muscovy and Persia. Although the embassy - meant to establish the Duke's city of Friedrichstadt as the European terminus of a prospective overland silk route - was only partially successful, the embassy's journey down the Volga and to the Caspian Sea provided Olearius with the basis for some of the earliest descriptions of those regions based on actual observation; Olearius was responsible for the introduction of much of Persian literature and culture to Europe for the first time.

On his return, the Duke made Olearius his librarian and keeper of his cabinet of curiosities - a wise choive, as under his curation the Gottorp library and cabinet were greatly enriched in manuscripts, books, and works of art.