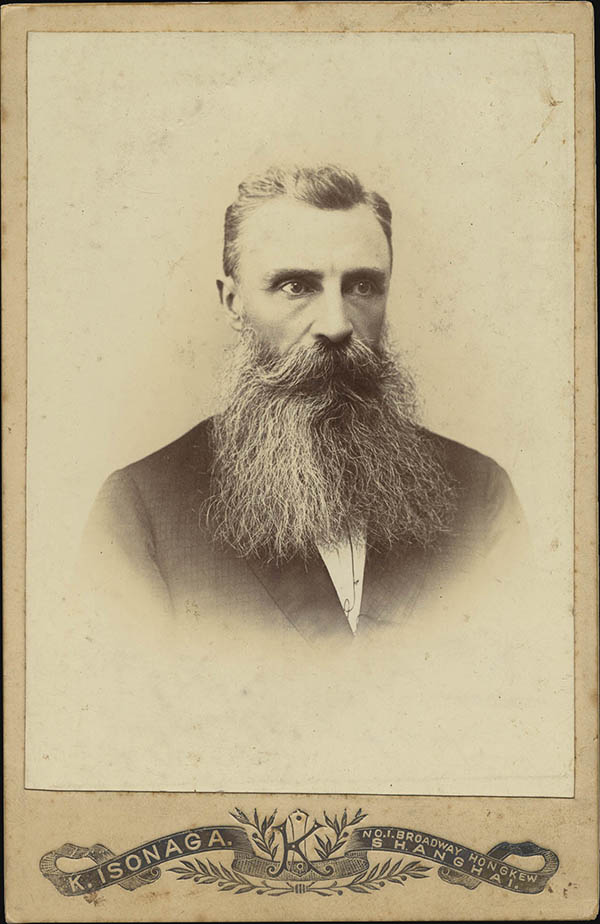 Auguste Jean-Marie Pavie (May 31, 1847 - June 7, 1925) was a French civil servant, explorer, and diplomate active in Southeast Asia in the late 19th and early 20th century. Pavie was born in Dinan, Brittany, the son of a cabinetmaker. As a young man he had a thirst for travel and adventure, joining the army in 1864, at age 17. By 1869 he was in Cochinchina (Vietnam) with the Troupes de Marine. He returned briefly to France to fight the Franco-Prussian War (1870 - 1871) but was back in Indochina by late 1871. He was posted to the telegraph station at Kampot, Cambodia, where he remained until about 1879. During this time, he 'went native', wearing local clothing and mastering Cambodian. In 1879, he caught the attention of Charles Le Myre de Vilers (1833 - 1918), governor of Cochinchina. Le Myre de Vilers assigned him to the first of what would become known collectively as the 'Missions Pavie' (1879 - 1895), a series of groundbreaking expeditions spanning some 16 years into the little-known interior of Southeast Asia:

After his first mission, Pavie was put in charge of laying the first telegraph cable between Phnom Penh and Bangkok. He completed this quickly and efficiently, earning him the plumb position as the first vice-consul to Luang Prabang, the royal seat of Laos. He was promoted to Consul in 1886 and Consul General in 1891. In 1887, Luang Prabang was sacked by the anti-French Black Flag Chinese and White T'ai armies hoping to liberate the sons of their leader Đèo Văn Trị (Cam Oum; 1840 - 1908), held prisoner by the Siamese. Pavie prevented the capture of the Laos King Oun Kham (1811 - 1895) by ferrying him away from the burning city to Bangkok, Siam. With the king's gratitude, he laid a foundation of trust towards French colonial plans, which were to be Pavie's major preoccupations from 1888 onward. He later made peace with Đèo Văn Trị, bringing much of Laos under the influence of French Indochina. Pavie referred to this la conquête des coeurs [the winning of hearts], later the title of his autobiography. In 1892, he became resident minister in Bangkok, and played an important role in the gunboat diplomacy of the Franco-Siamese War (1893), eventually negotiating a formal French protectorate over Laos. In 1904, Pavie retired from diplomatic service and returned to France, where he dedicated his remaining years to compiling his memoirs.