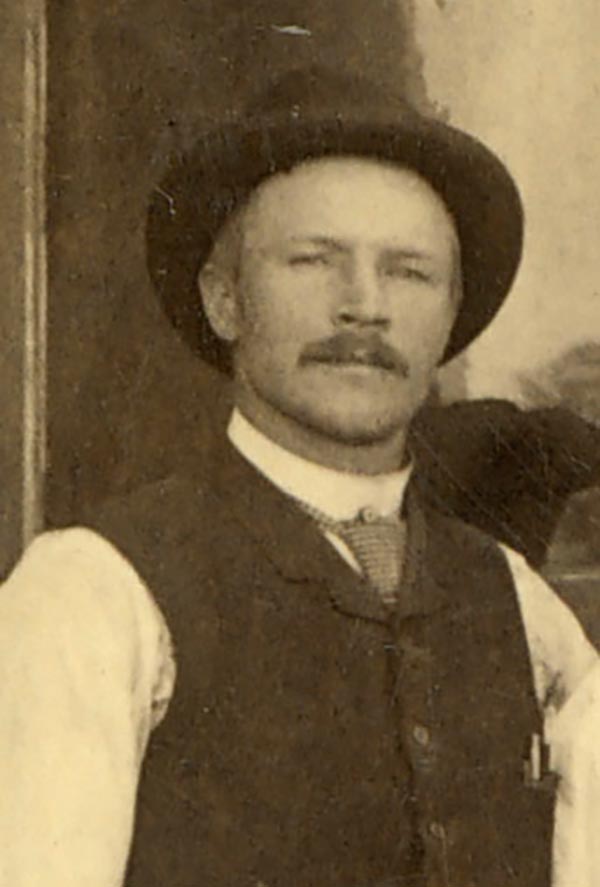 Eric Frank Peterson (1862 - c. 1939) was an American cartographer and homesteader active in South Dakota and Dakota Territory in the late 19th and early 20th centuries. Peterson was born in Minnesota but moved with his family to Dalesburgh, Clay County, Dakota, in 1878. In 1882 he and his family homesteaded in Charles Mix County, Dakota. At this time, he attended University at Vermillion. In 1884, he was elected Clay County Superintendent of Schools, a position that he held for 4 years. Around 1882, Peterson began working in cartography to supplement his income as a school teacher. He published several South Dakota state and county atlases as well as city plans, thematic maps, and regional maps. He also began studying law and was admitted to South Dakota Bar in 1899. His heath began to suffer in the early 20th century and in 1908 he relocated to Florida, from which he continued to publish and license his Dakota maps and even issue d a few maps of Florida. A year later in 1909, he moved again, this time to California, where he remained until at least 1939.