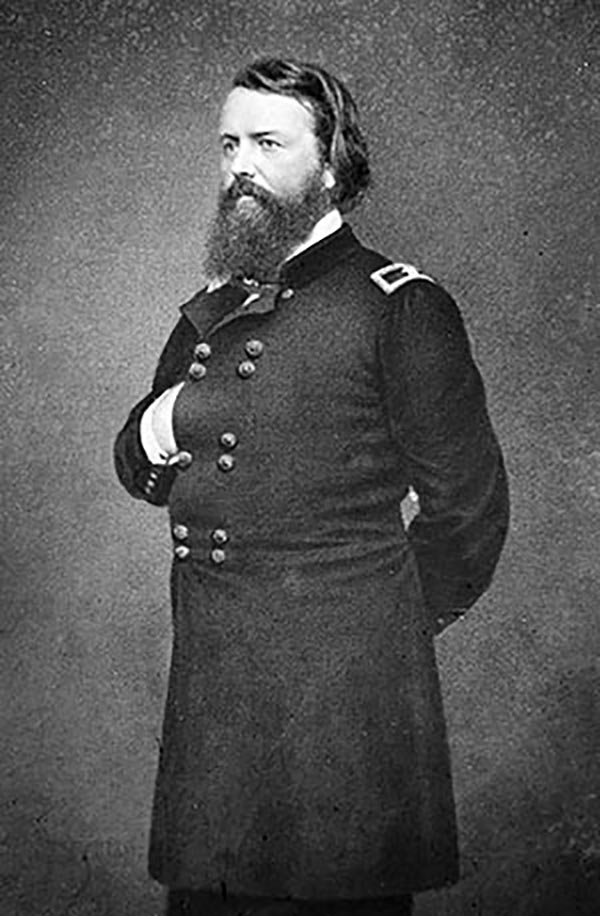 John Pope (March 16, 1822 - September 23, 1892) was an American military officer active in the middle part of the 19th century. Pope was born in Louisville Kentucky to a prominent family with close ties to future president Abraham Lincoln. He graded from West Point in 1842 and served in the Mexican American War before being appointed to the Army Bureau of Topographical Engineers. He served briefly under explorer John C. Fremont, but the two never really got along. During the American Civil War, Pope, now a Major General successfully led several campaigns in the Western Theater, including the strategic capture of the fortified Mississippi River Island No. 10, near New Madrid, Missouri. He was subsequently reassigned to the Eastern Front where he was less successful ultimately suffering a disastrous defeat in the Second Battle of Bull Run. Following the Civil War, Pope served briefly as Reconstruction Governor of the Third Military District (Georgia, Florida, and Alabama) and was eventually sent west for the Apache Wars. Despite having a brash argumentative manner, he argued for humane treatment of Native Americans and campaigned against the activities of the corrupt Indian Bureau. Pope retired in 1886 and died at the Ohio Soldiers Home in Sandusky, Ohio.