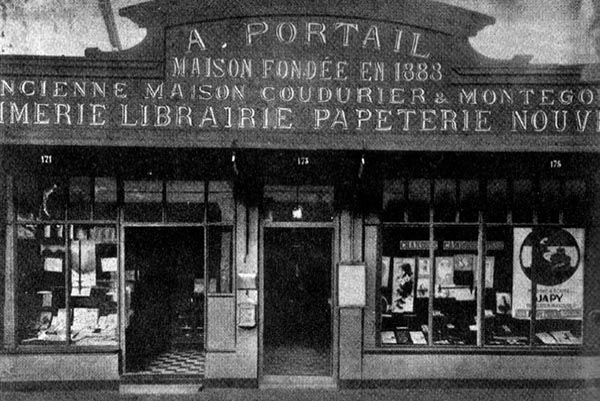 Albert Portail (July 5, 1881 - August 25, 1961) was a French publisher, bookseller, stationer, and printer active in Saigon (Vietnam / French Indochina) in the early 20th century. Portail was born in France. He arrived in Saigon in on April 13, 1905 to work at Ménard-Rey printing works. In 1908 he took over management of 'Imprimerie Coudurier and Montégout', which a few years earlier acquired the stock of 'Claude et Cie' (1881 - 1905). In 1910, he purchased 'Coudurier and Montégout'. Portail's bookshop was located at 185 Rue Catinat, Saigon. Their printing works were established in 1914. He expanded with a branch in Phnôm-Penh (Cambodia) in 1922. From then until 1935, when he returned to France, he was the largest bookseller in Saigon. At that time the business in Saigon passed onto his son, Ernest Portail. His younger son, René Portail, went on to managing a supply and purchasing office in Paris. Portail died in Chambéry, France.